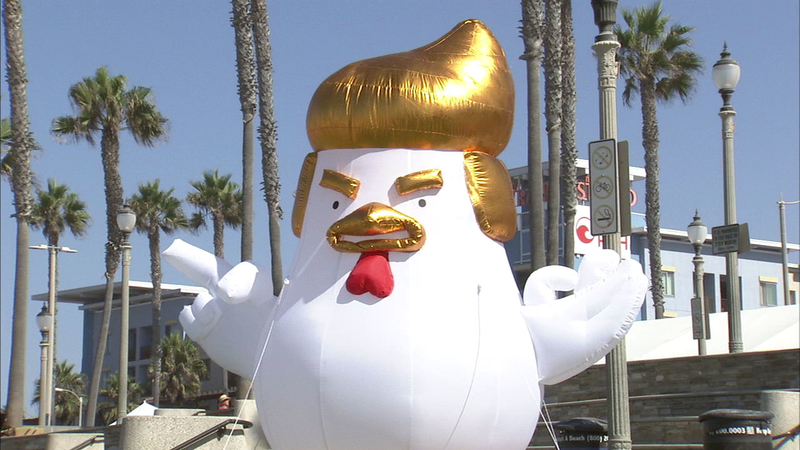 BEVERLY HILLS -- Chicken Don, the inflatable parody of President Donald Trump that was recently staged behind the White House, made an appearance in Beverly Hills on Thursday.

The inflatable chicken with orange hair is meant to call out the president as, well, chicken.

The chicken was brought to the corner of Wilshire and Santa Monica boulevards on Thursday originally because Vice President Mike Pence had a fundraiser scheduled in the area.

That event was canceled amid ongoing relief efforts. But the chicken remained and his appearance was in support of anti-Trump activists as well as voter registration.

Chicken Don has traveled around the country, making its most notable appearance at a park behind the White House.

He has also traveled to Orange County and Seattle and is planning a Chicken March on Washington on Nov. 18.

"The president is not as scary as he seems," Brar said. "We can make fun of him and in a legal and peaceful way, resist and fight back."