Vulnerable groups will be most impacted by climate change, EPA says

Black and Latino people, the elderly, and the economically vulnerable will be hit hardest by climate change, a EPA report finds.
KGO
By Julian Glover 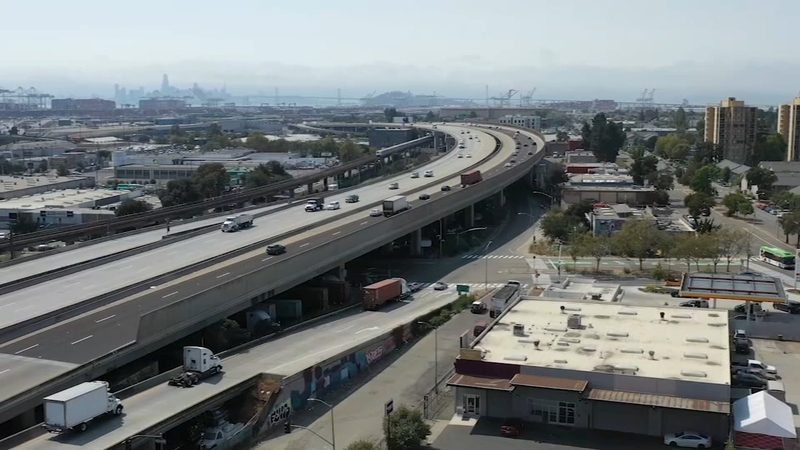 SAN FRANCISCO (KGO) -- A new report on climate change and social vulnerability in the U.S. paints a grim picture for Black, Hispanic and Latino people, the elderly, and the economically disadvantaged if more drastic action is not taken to address climate change.

"It's never too soon to act. It's never too late to act," said Joseph Goffman, Acting Assistant Administrator with the Office of Air & Radiation at the U.S. Environmental Protection Agency.

Goffman hopes this new report will be a wakeup call to take action.

"Everything we can do to curb the increase in global temperature is going to have at least some benefit," he said.

The report focused on six impacts of our changing climate ranging from air quality and health to extreme temperatures and the effects on health and labor, to coastal and inland flooding.

The report found Black Americans are projected to face higher impacts of climate change for all six factors, compared to other racial and ethnic groups.

With just an increase in less than four degrees over time, Black people will be more likely to die from extreme temperatures and more likely to live in areas with the highest increases in childhood asthma diagnosis due to air pollution.

"As climate change gets worse, these kids are going to be even more impacted," said Dr. Mary Prunicki, Director of air pollution and health at the Sean Parker Center at Stanford University.

She's concerned about what this report spells out for climate justice.

She said Oakland was the first place that came to mind as she read the report.

Just take interstate 880 for example: the highway is open to semi-trucks, snaking through the Oakland flatlands where more Black and Latino residents live.

The flatlands also have higher numbers of kids with childhood asthma so severe they are hospitalized, according to a 2016 Alameda County Public Health Department report.

But trucks have been banned on Interstate 580 for 70 years on the stretch of highway winding through the East Bay hills in Oakland and San Leandro.

The hills are home to the wealthy and a higher percentage of white residents. You'll also find fewer instances of childhood asthma hospitalizations and diagnosis, according to the same report.

"Oakland faces a lot of environmental challenges causing increases in pollution associated with increase in childhood asthma. It's the Black community that is impacted," Prunicki added.

The report shows the Hispanic and Latino population, more likely to work outside in construction and agriculture jobs, will also be impacted by heat related injuries due to rising temperatures.

The challenges aren't only to safety, but also to livelihood.

The report noted the Hispanic and Latino population is more likely to live in areas with the highest projected drop in the number of hours a day work can be performed outside due to extreme temperatures.

The 65 and older population is also said to be particularly susceptible to the hazardous particulate matter kicked up by wildfires as the season lasts longer and brings more destructive, and larger fires.

"They're going to end up in the hospitals and emergency rooms with heart attacks and strokes," said Prunicki.

Centering equity will be critical in ensuring investments in climate change and resilience ensure a better future for all.

"Those are the people where we should be directing, particularly our investments, both in mitigating climate change and protecting people against the effects of climate change," said Goffman.

The order committed to the goal of delivering 40 percent of the overall benefits of relevant federal investments to disadvantaged communities.

Performance will be tracked through the establishment of an Environmental Justice Scorecard.