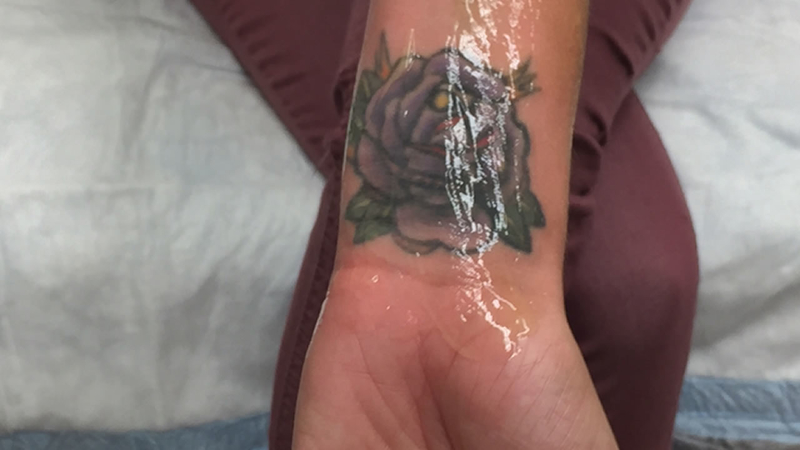 Mario Mariel, who heads the Gang Prevention Task Force, says enslaved young women are commonly "branded" or tattooed much the way cattle can be to indicate ownership. It scars them psychologically, Mariel says.

The tattoo removal is done by Valley Medical Center doctors who volunteer to perform the series of treatments. ABC7 News got to watch as a VMC Foundation staff member underwent the laser treatment for the first time for demonstration purposes.

"They'll put their names on their necks, on their faces, on their wrists, anywhere on the body. To be able to remove that marker off that young victim of sexual trafficking, I think, exponentially speeds up their transformation and recovery," said Mariel.

The newest one unveiled today by Supervisor Cindy Chavez and San Jose Mayor Sam Liccardo has the newest technology, which will result in few treatments needed to erase the tattoos.

The cost was divided and shared equally by the county, by San Jose and by contribution to the VMC Foundation.

23-year-old Rebecca Esparza is still undergoing treatments. She told us she got tattooed when she was 15. As a high-risk youth who spent 10 months in Juvenile Hall, getting tattooed was the thing to do.

However, she realized while incarcerated that the tattoos might impact her ability to get a job or impact her relations with others.