MLS to resume season with tournament in Florida starting July 8 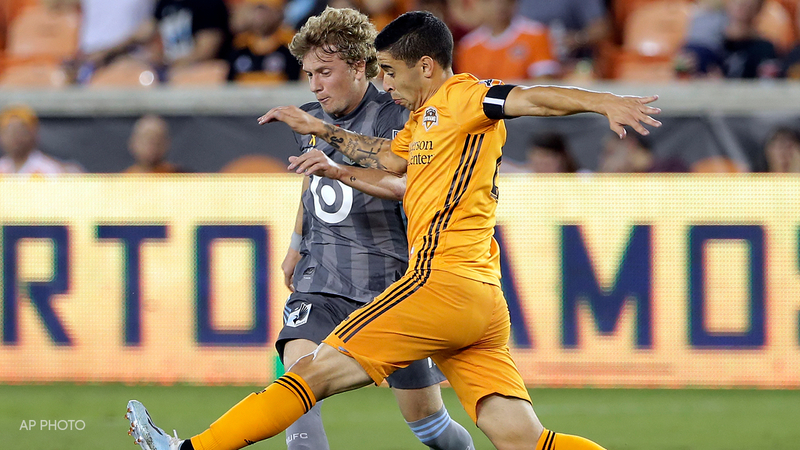 What to know about coronavirus testing

Major League Soccer announced Wednesday that its season will resume starting July 8 with a tournament in Florida.

The league's 26 teams will be divided into six groups for the opening round of the tournament played without fans at ESPN's Wide World of Sports complex at Walt Disney World.

Our 2020 season kicks off again with all 26 clubs in the #MLSisBack Tournament, starting July 8 from @ESPNWWOS at @WaltDisneyWorld.

Teams had played just two games to start the season when the league suspended play on March 12 because of the coronavirus outbreak.

While in Florida, players will be sequestered in a resort with a rigorous testing protocol. Each team will have three group matches, played over 16 consecutive days with multiple games a day. The group matches will count toward the regular season.

Sixteen teams will advance to the knockout round, with the winner earning a spot in the 2021 CONCACAF Champions League.

"From the very beginning we said anything we do has to ensure that we're going to protect the health and safety of our players, all of the staff that will be accompanying them and those that are going to be working the tournament," MLS Commissioner Don Garber said in a statement. "There will be testing for those who are traveling down to Orlando before they leave and when they arrive. There will be testing regularly during the competition in the training that will precede it. And staff will be tested as well."

The prize pool for the MLS Is Back Tournament is $1.1 million, the league said. The title match will be played on Aug. 11.

All the details on our #MLSisBack Tournament at @WaltDisneyWorld. pic.twitter.com/JRXR1hMjIz

Following the tournament, teams will resume the season in their home markets. It was unclear whether those games would be played with fans in the stadiums.

The announcement comes a week after the league and its players reached an agreement on a contract that runs through 2025.

Teams can begin arriving in Florida for training on June 24. Those that have already been training in market must arrive no later than seven days before their first match.

The draw for the group stage was set for Thursday. As hosts, Orlando City will be the top seed in Group A.

"When we first put together the tournament concept at Disney, we just were very uncertain about when we'd be able to return to our stadiums in our own markets," Garber said. "We thought why don't we get them all together, get 26 teams together in one neutral site, play games every day and get our players back on the field for our fans. But very importantly doing it with games of consequence - a total prize pool of a million dollars and the winner getting a spot in the CONCACAF Champions League. All of this is our best foot forward to do what we can in an exciting, compelling and meaningful way to return to play for 2020."
Report a correction or typo
Related topics:
sportsmlshouston dynamocoronaviruscoronavirus outbreakcoronavirus pandemicpandemicu.s. & worldcovid 19 pandemiccovid 19 outbreakcovid 19
Copyright © 2022 by The Associated Press. All Rights Reserved.
MLS
Retirement ceremony held for SJ Quakes star Chris Wondolowski
Philadelphia Union and Subaru team up to help dogs find forever homes
Soccer match postponed after fights, shooting at SJ's PayPal Park
Bay Area sports arenas adapt to new COVID-19 protocols
TOP STORIES
EXCLUSIVE: SF firefighter charged in other firefighter's beating
ABC7's new 24/7 live stream offers local news, weather
Davante Adams' cousin killed in shooting at busy Bay Area park
Curry's 21 points, 12 boards lead Warriors in Game 1, 112-87
EXCLUSIVE: Doctor explains why Bay Area is CA's COVID hotspot
Federal agency probing SoCal Tesla crash that killed 3
Body of woman killed nearly 18 years ago found in Oakland
Show More
Here are the latest attractions, rides at Disney Parks
1st monkeypox case in US this year reported in Massachusetts
Brandi Chastain reacts to US Soccer's historic equal pay deal
Biden invokes Defense Production Act for formula shortage
Meet 'San Fransicko' author hoping to replace Newsom as governor
More TOP STORIES News