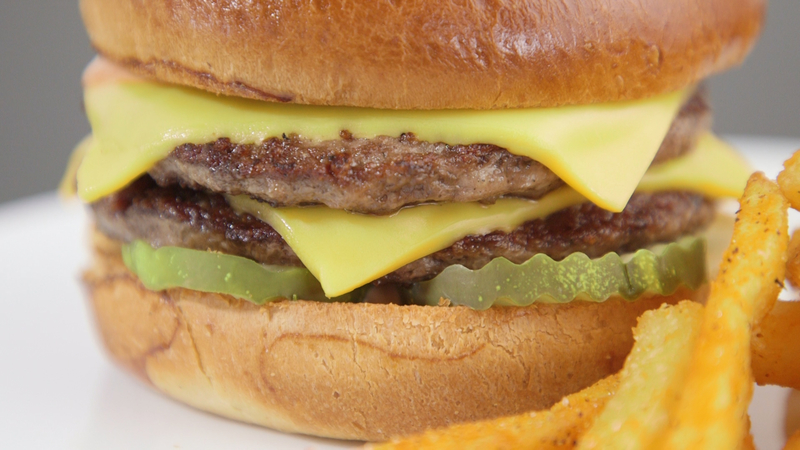 CHICAGO -- When you think Curtis Duffy, you don't think "burgers and fries." The three Michelin-starred chef is known for degustation-style dishes that are perfectly plated with expertly curated ingredients.

But when his restaurant Ever opened in Chicago's West Loop neighborhood in 2020, the challenges of running a fine-dining establishment in uncertain times forced Duffy to pivot into something more pedestrian.

"Something that we've always enjoyed doing and eating is cheeseburgers. Why not do a cheeseburger in the times when people want comfort food?" Duffy said.

"I think a lot of people expected me to do a fancy, gourmet burger," said Duffy, a native of Central Ohio and avid motorcycle enthusiast. "That's not exactly what I wanted to do."

Duffy's signature Reve Burger is two beef patties, two slices of American cheese, pickles, and a mixture of ketchup and mayonnaise on a toasted brioche bun. He said the response to his new concept has gone over extremely well.

"The feedback we get from the guests on a daily basis is really a beautiful thing to see. I just thought it was going to be a simple burger but it became a whole monster. A whole new restaurant," Duffy said.