'Dancing with the Stars' celebs relive their most memorable years 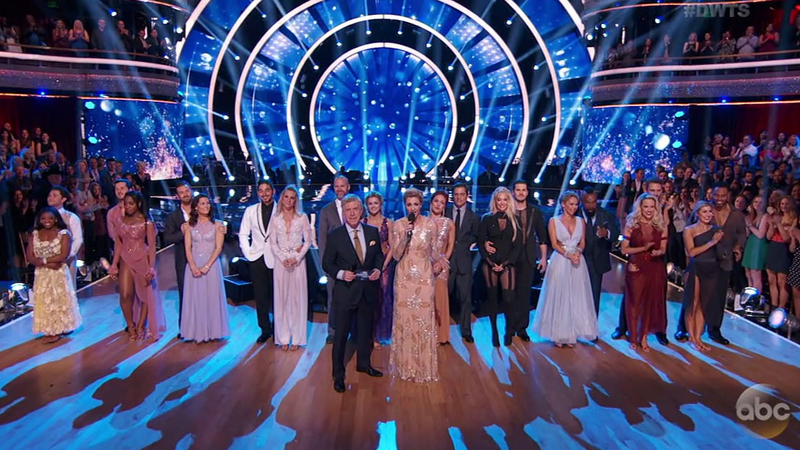 'Dancing with the Stars' celebs relive their most memorable years

LOS ANGELES -- It's become a popular and powerful tradition on "Dancing with the Stars" - the theme week "Most Memorable Year."

Our dancers reflect back on a time in their lives that changed them - the good, the bad, the happy and the sad. The best news for this round: we see our first 10! And the bad? One more couple is faced with the dreaded elimination.

Here's a recap of the night's scores, from highest to lowest:

Rashad Jennings: 39 out of 40
Not only did we see our first 10 of the season but we saw three of them! Rashad's contemporary routine took everyone's breath away. His memorable year was 2006, the year he says he learned the meaning of unconditional love. The back story is that his father wasn't always exactly present in his life; but then his dad had a stroke and the football great knew he needed to step up and put his dreams on hold to help take care of things at home. Emma choreographed a moving routine to a stripped-down version of Katy Perry's "Unconditionally."

At the end of the song, Rashad walked over to his dad and they both broke down in tears. Head judge Len Goodman said he loved the concept and the emotion; Carrie Ann Inaba told Rashad he's a born dancer; Bruno Tonioli was mesmerized and said the dance spoke to his soul; Julianne Hough could hardly speak she was so moved but thanked the couple for putting everything into the dance and leaving it on the ballroom floor.

Simone Biles: 36 out of 40
Simone didn't choose any years involving her Olympic competition. Her memorable year involves something much closer to her heart: the year she was adopted. Her birth mom had drug and alcohol issues and Simone spent time in foster care before her grandparents took her in and changed her world. This Viennese waltz, to the song "Good Good Father," is in their honor and to thank them for loving her. Again, they were in the audience and the tears were flowing! Len called it her best dance so far; Julianne told Simone this is the emotional breakthrough she had been waiting to see; and Carrie Ann applauded the trust she showed her partner, Sasha.

Heather Morris: 35 out of 40
Heather's choice for most memorable year was 2015, the year she married the love of her life. Clearly her husband brings her joy because her cha cha was light and happy. But it was also filled with content and that thrilled the judges. Len called the dance sharp and crisp; Bruno thought the couple was in perfect harmony and they didn't miss a beat; Carrie Ann told Heather she is getting brighter each week.

Nancy Kerrigan: 33 out of 40
You might have thought Nancy's most memorable year would have something to do with skating or the Olympics. But no, it was much more personal. Seems Nancy's biggest dream wasn't gold medals and trophies; it was being a mom. She and her husband had one son soon after they married; then she had six miscarriages. It was heartbreaking to hear her talk about how she doubted herself, but in true Olympian form she didn't give up. Nancy and her husband were able to conceive via in-vitro and they added two more children to their family. Len thought this foxtrot moved her from the middle of the pack to frontrunner status.

Bonner Bolton: 32 out of 40
In 2016, Bonner was at the top of his game in the professional bull-riding world. Then one bad toss off a bull, where he landed on his head and broke his neck, and his world was turned upside down. He was paralyzed for a bit; and had to relearn all the basics, like walking. Now to be ballroom dancing, he sees life as nothing short of a miracle. After a misstep last week with the Charleston, the judges were thrilled to see him back in fighting form with the foxtrot. Julianne think ballroom suits him; Bruno praised Sharna's concept and content for the dance; Carrie Ann called his dance honest and dignified; and Len welcomed him to the competition.

David Ross: 31 out of 40
No surprise that David chose 2016 for his best year ever; it was not only his last year to play professional baseball but also the year the Cubs won the World Series. He loved his time on the baseball field but said he's lived his dream and his job now is to be a dad. He and Lindsay did a Viennese waltz to the song "Forever Young." Julianne called his spirit and energy infectious; and Len actually did some baseball signals that perhaps only David understood.

Erika Jayne: 30 out of 40
Erika chose 1989 as her most memorable year because that's the year she fully set out to follow her dreams of stardom. The Southern belle moved to New York City because she figured if she could make it there, she'd make it anywhere. Erika struggled and found work where she could, but eventually moved to Los Angeles and that's where things started happening for her. She and Gleb danced a cha cha to Madonna's "Express Yourself." Carrie Ann was pleased Gleb pushed her a bit on her choreography; Julianne thought it was fierce and raw, but she needs more action from her hips. Len disagreed and thinks he's been seeing the same old thing each week so far.

Nick Viall: 30 out of 40
Most TV watchers are familiar with Nick's most memorable year. It was 2016 when he finally, finally, finally found love on "The Bachelor." His rumba told the story by dancing with a lot of different women until being matched up with Peta. The pro dancer choreographed a great routine, and smartly knew to have Nick eventually take off his shirt (as he was want to do on "The Bachelor" every week). At the end of the dance, he gently tosses Peta aside and strides over to his real-life love, Vanessa. Len and Julianne both said this was Nick's best dance yet.

Mr. T: 28 out of 40
Forget "Rocky" or "The A Team," Mr. T chose a very different memorable year in his history. It had nothing to do with his career; it's the year he was first diagnosed with cancer and decided to fight it like the champ he is. His faith was tested, but 22 years later he is still cancer-free. Kym choreographed a waltz to "Amazing Grace" and there wasn't a dry eye in the house. All of the judges expressed their admiration for Mr. T, with Carrie Ann calling the dance gallant and full of grace.

Spoiler Alert: Who went home?
When it came time to announce who was in jeopardy, Mr. T did not seem at all surprised. He was joined by Erika in the bottom two; but in the end, it was Mr. T's turn for a last dance in the ballroom.