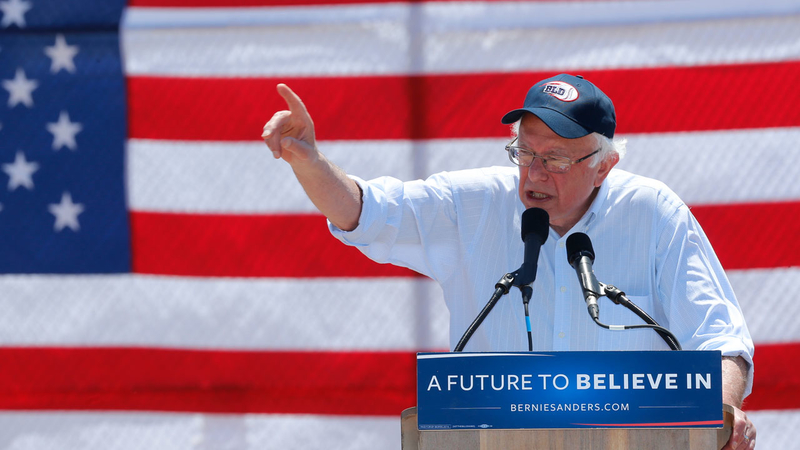 The first rally will be held at 1 p.m. at Ventura College and then at 7:30 p.m. in Pomona at Ganesha High School.

Sanders is scheduled to appear on the "Jimmy Kimmel Live!" show. On Wednesday, Republican presidential nominee Donald Trump appeared on the show and said he may consider debating Sanders as long as money goes to charity.

Click here for more information on how to register to vote.

Not long after the segment aired, Sanders tweeted "Game on" and that he looks forward to debating Trump. It is unclear if the two will in fact debate one another.

Sanders, Hillary Clinton and Trump also campaigned in Los Angeles and Orange counties. Clinton was at a union headquarters in Buena Park, Trump spoke at a rally in Anaheim where protests erupted and Sanders appeared in Lancaster and Riverside County.

For full coverage on the 2016 presidential race, click here.