SAN FRANCISCO (KGO) -- A driver captured video of a brazen robbery while driving through traffic in San Francisco on Friday afternoon.

The driver, Alex, says he was about to get on an onramp, heading east on I-80 around 4:30 p.m. There, he witnessed someone jump out of a Honda Accord and smash a window of a Prius in front of him.

The thief grabbed a bag and drove off.

ABC7's Dion Lim spoke to the victims of the robbery, a husband and wife, who are from Iran.

Ben says he and his wife, Masha, are real estate photographers and were on a shoot near Dolores Park.

ROBBED WHILE DRIVING: Ben & Masha, real estate photographers noticed someone was following them near the on-ramp heading east on I-80

Ben, who was in the passenger seat of the Prius, says his wife noticed someone following them after the shoot.

SFPD is still searching for the suspects who brutally assaulted a San Francisco woman and stole her French Bulldog puppy last month in Russian Hill.

The couple says about $7,000 worth of camera equipment was stolen. They said they have not seen anything like this before and have filed a police report.

If you have any information regarding this incident, you may e-mail the couple at info@homeshots.us.

A GoFundMe account was set up for Ben and Masha here.
Report a correction or typo
Related topics:
san franciscotheftrobberycaught on videocar theftfreewaytrafficdrivingcaught on camera
Copyright © 2021 KGO-TV. All Rights Reserved.
CAUGHT ON CAMERA 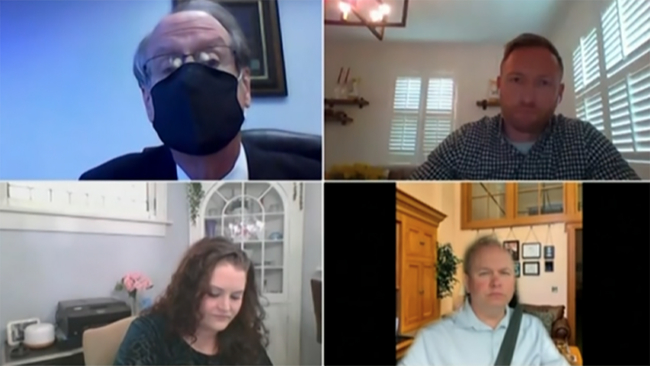