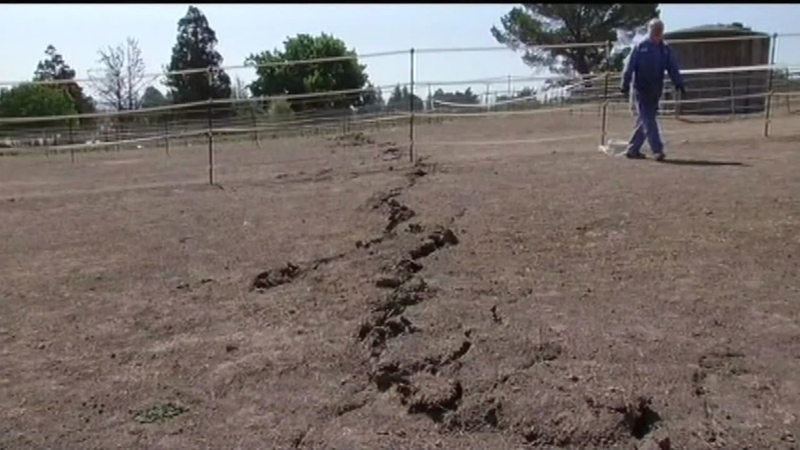 MENLO PARK, Calif. (KGO) -- Five months after the South Napa earthquake, scientists gathered on Wednesday at the U.S. Geological Survey to talk about what they're learning from it and what it means for the next big one here in the Bay Area.

The earth continues to move. As scientists try to forecast how long the after slip will continue, a lot of people are watching them.

But geologists are watching these cracks for another reason. "To fill a seismic gap, so to speak," research geologist David Schwartz said.

They were out at the scene within hours, trying to figure out where the earthquake came from.

"The fault rupture really occurred on faults that had not been either mapped or characterized and their location was a surprise," Schwartz said.

They'll dig trenches around some of those cracks, pull out samples of the earth and try to look back in time.

"And that'll say something about the likelihood, the potential, for what will happen in the future," Schwartz said.

But outside of Napa is where an even bigger earthquake danger sits. We're talking about the Hayward Fault, running straight through the East Bay and capable of producing "the big one."

"The next big quake will most likely be on the Hayward Fault," retired Hayward firefighter Thor Poulsen said.

Running through Cal's Memorial Stadium and straight through the heart of the East Bay, scientists say it could produce a quake like the one that hit Christchurch, New Zealand four years ago.

"The Central Business District has been blocked off for years and still is, and 70 percent of the buildings have been demolished," Operations Research Analyst Anne Wein said of the New Zealand quake.

With that comes another danger. "We've learned that fire is the number one item that comes after an earthquake," Poulsen said.

A big quake on the Hayward Fault could do far more damage to the tune of $300 billion.

That may be the most important lesson learned in Napa.