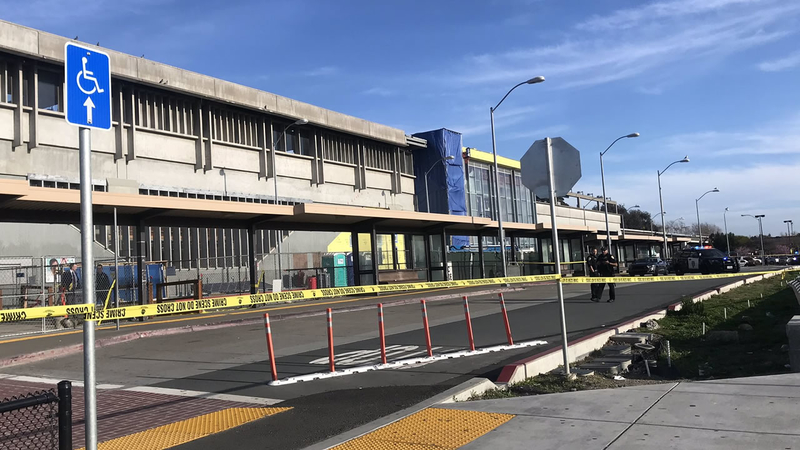 EL CERRITO, Calif. (KGO) -- A man who was hospitalized with life-threatening injuries after being shot by BART police at the El Cerrito del Norte on Saturday afternoon is expected to survive, the transit district said Sunday morning.

Police say a 17-year-old was shot and flown to a hospital in a helicopter where he had life-threatening injuries.

Two officers were responding to a domestic disturbance call of a man and woman in a verbal argument. The person who made the call said one of them had a gun.

"The officers got onto the platform, challenged the individual who then ran off the train down the platform, and then onto our trackway. At which point a gun was produced by the suspect and our officers ultimately shot- recovering a gun," Alverez said.

A witness to the shooting did not want ABC7 News to show her face on camera.

She said she was sitting on BART when the young man and police ran through her car.

"They chased this boy through the train, out the train, on the platform - I guess he jumped on the tracks. And that's when they shot him. About seven or eight times. And then you just smelled gun powder."

Melanie Turner was another witness and said passengers were trying to console the young woman that was with him.

"She was just saying how old he was. He's only 17, he's only 17. And that scared me. That really scared me, another child was injured and we don't know the reason why," Turner said.

BART police recovered the gun involved in the officer involved shooting. The person wounded is still alive & taken to a hospital by helicopter 🚁 @SFBART chief will update us soon@abc7newsbayarea https://t.co/4LaAJ8iaOu pic.twitter.com/6jXgQXFnMo

BPD confirms there has been an officer involved shooting at the El Cerrito del Norte Station and the station is currently closed. Person wounded is still alive. More details to come.