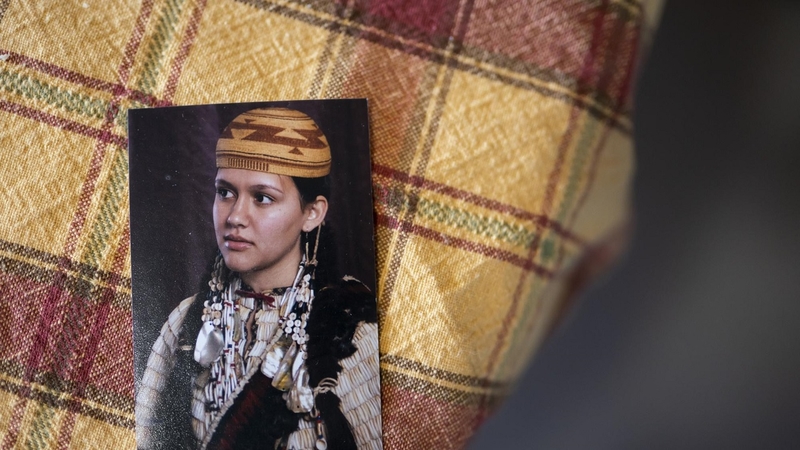 SAN FRANCISCO (KGO) -- In the last year-and-a-half, at least five Indigenous women living along the Pacific coastline between the Bay Area and Oregon have been murdered...or disappeared.

Emmilee Risling, a young mother, was last seen in October in a far corner of the Yurok reservation -- located in Humbolt and Del Norte counties.

Risling's cousin told ABC7 News she still has hope her cousin will return home, but it is a struggle to keep the faith.

This spate of missing and murdered Indigenous women has spurred the Yurok Tribe to issue an emergency declaration.

Dr. Blythe George is a member of that tribe and is a sociology professor at UC Merced. She is also a research partner for a project to understand and address this crisis.

She spoke to ABC7's Kristen Sze on our 3p.m. weekday show, "Getting Answers" back on March 2, to bring attention to this unseen tragedy.
"It's important to acknowledge the majority of the cases we come across are perpetuated by non-natives," Dr. George said.

"So we're seeing interracial violence which is quite different that most crime trends traditionally speaking. You're more likely to be transgressed by someone of your own race. But for these to cross racial violence, that's what we're dealing with. And that's difficult because as tribes, we have different jurisdictions depending on the victim and the offender."


According to a government watchdog group, Native American Women face murder rates almost three times of those of Caucasian women.

Watch the full interview in our media player above

Watch "Getting Answers" weekdays at 3p.m. on ABC7 and on our 24/7 streaming app.