AP
CHANHASSEN, Minn. -- Prince talked dirty in song but had a reputation for clean living. He also had an ability to put on shows that were electrifying in their athleticism.

But after his death at age 57 - following a series of canceled shows and a reported emergency plane landing for medical treatment - questions swirled Friday over whether the music superstar had been hiding serious health problems from his fans.

An autopsy was conducted Friday and the body released to his family. Authorities said it could be weeks before the cause of death is released.

But Carver County Sheriff Jim Olson said Prince's body had no signs of violence when he was found unresponsive Thursday morning in an elevator at Paisley Park, his estate in suburban Minneapolis, and there was nothing to suggest it was suicide. Olson said it appeared Prince had been at the compound alone.

"This is certainly a big event internationally and nationally, and I can tell you that we are going to leave no stone unturned with this and make sure the public knows what happened," the sheriff said at a news conference.

Olson and a spokeswoman for the medical examiner refused to say whether any prescription drugs were taken from Prince's home after his death, and they would not comment on a report by the celebrity website TMZ that the "Purple Rain" star had suffered an overdose of a powerful painkiller less than a week before he died.

The sheriff said Prince was last seen alive by an acquaintance who dropped him off at Paisley Park at 8 p.m. Wednesday. He was found by staff members who went to the compound the next morning when they couldn't reach him by phone.

Emergency crews who answered the 911 call in Chanhassen, about 20 miles outside Minneapolis, could not revive Prince, the sheriff said. He said emergency workers did not administer Narcan, a drug they carry to counteract overdoses.

Prince, born Prince Rogers Nelson, had spoken about struggling with childhood epilepsy, and friends said he had hip trouble. His former percussionist Sheila E. told The Associated Press that Prince suffered the effects from years of jumping off risers and speakers on stage while wearing high heels.

"There was always something kind of bothering him, as it does all of us," she said. "I hurt every single day. You know we're like athletes, we train, and we get hurt all the time. We have so many injuries."

Prince's cousin Chazz Smith said he could not comment on reports about Prince's health and would not say when he last saw his cousin.

"I can tell you this: What I know is that he was perfectly healthy," said Smith, who formed a band with Prince when they were kids.

Smith said Prince swore off drugs and alcohol as a kid, and the group they played with saw a lot of music greats fall, so "we decided to never get into that stuff, and no one did."

RELATED: Celebrities, musicians react to the death of Prince

TMZ, citing unidentified sources, reported that Prince was treated for an overdose of Percocet while traveling home from concerts in Atlanta last week. The site said his plane made an emergency landing April 15 in Moline, Illinois, where he was briefly hospitalized.

Asked whether Prince's flight made such a landing at the Quad City Airport in Moline, public safety manager Jeff Patterson said Friday that a private Falcon 900 plane made a "medical diversion landing" at 1:17 a.m. that day. He said the plane requested an ambulance at the airport and a patient was taken to the hospital.

Patterson would not identify the patient or the plane's owner, or provide the aircraft's tail number.

Representatives for Prince did not respond to requests from the AP for comment on the reports.

The singer's death came two weeks after he canceled concerts in Atlanta, saying he wasn't feeling well. He then played a pair of makeup shows April 14 in that city, apologizing to the crowd shortly after coming on stage.

At one point early in his first show, he briefly disappeared from the stage without explanation. After about a minute he returned and apologized, saying he didn't realize how emotional the songs could be. He played the rest of the show without incident, repeatedly jumping up from the piano and pacing around the stage between songs, and performed three encores.

In the later show, Prince coughed a few times, though the show was again energetic.

Then came the reported emergency landing en route to Minnesota. The night after that, Prince hosted a dance party at Paisley Park, where some fans said he looked fine and seemed irked by reports of an illness. "Wait a few days before you waste any prayers," he said.

By his high-energy standards, it was a subdued appearance. Prince didn't play except to tap out a few notes on a new purple Yamaha piano, and lingered only for a few minutes before disappearing.

Prince disclosed in a 2009 interview with Tavis Smiley that he was born an epileptic and had seizures when he was young. It was unclear if his epilepsy carried into adulthood.

In 2009, Prince, a Jehovah's Witness, told an interviewer with the Los Angeles Times that he didn't do drugs "or I'd give you a joint" to share while they listened to music.

Heather McElhatton, who worked on and off as a set decorator for Prince's video shoots at Paisley Park from 1988 to 1998, said she never saw him take drugs or drink during her time there.

"But he did have a lot of energy. He could shoot for two days straight," McElhatton said. "Was it natural energy? Was it augmented energy? I don't know. I never saw him eat."

Sheila E. said: "It's just like being a football player and a basketball player. You know he really took care of himself. He ate well. He ate better than me."

She said she hadn't talked to him for at least six months but tried to reach him after reading reports that he needed emergency medical attention. She said the man who answered told her Prince was sleeping and would let him know she called.

RELATED: Why Prince changed his name to a symbol

At Friday afternoon's news conference, the sheriff and Martha Weaver, spokeswoman for the Midwest Medical Examiner's Office, portrayed Prince as a good citizen in the community, and expressed both their affection for him and their determination to do a thorough investigation.

"For our generation, he was the songbook and the narrative for some of the greatest moments in our individual lives, much like Elvis Presley and Ira Gershwin before him," Weaver said. "And this is something that we remember and we take very, very seriously." 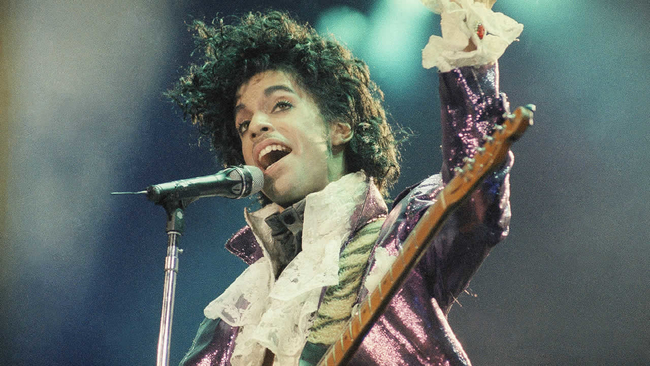 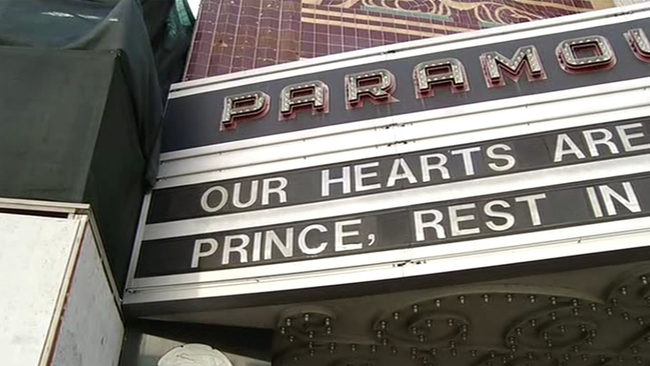 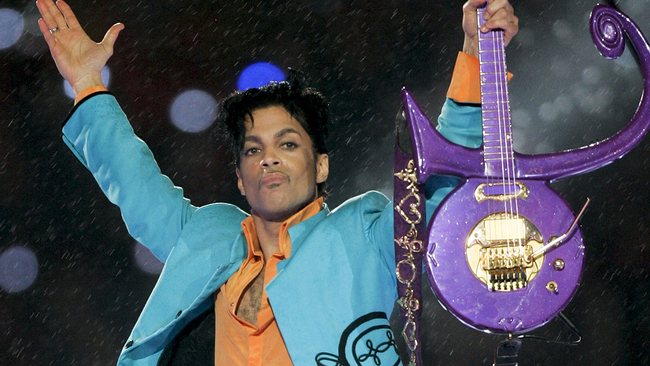 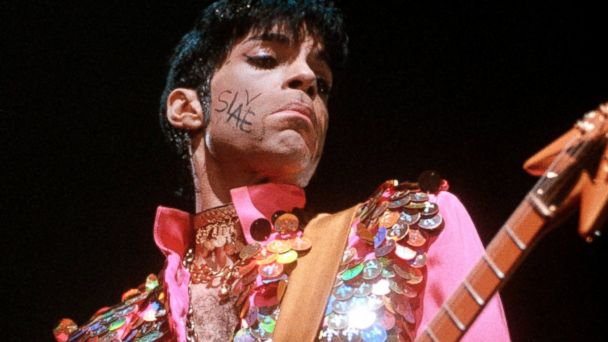 How Prince Shook Up the Music Industry
PRINCE 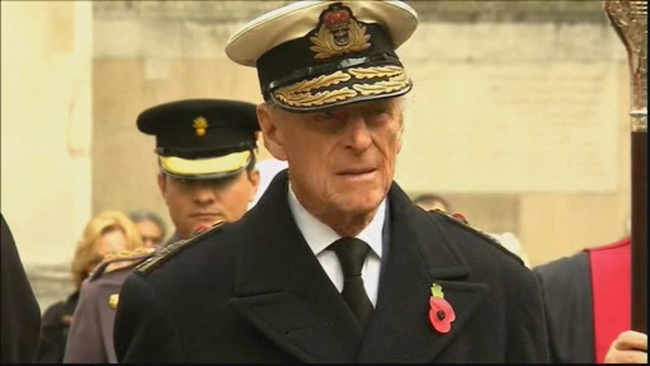 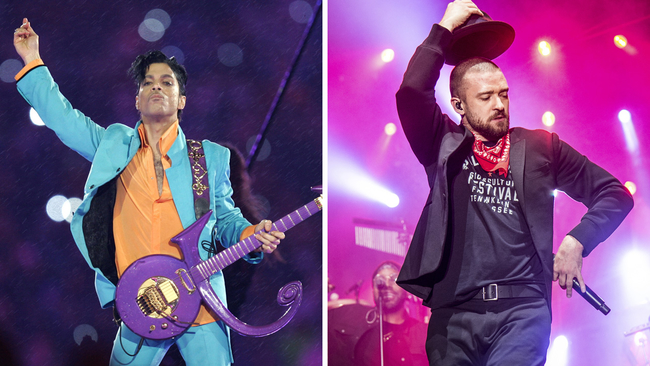