Recall issued for Dodge Ram diesel trucks due to fumes 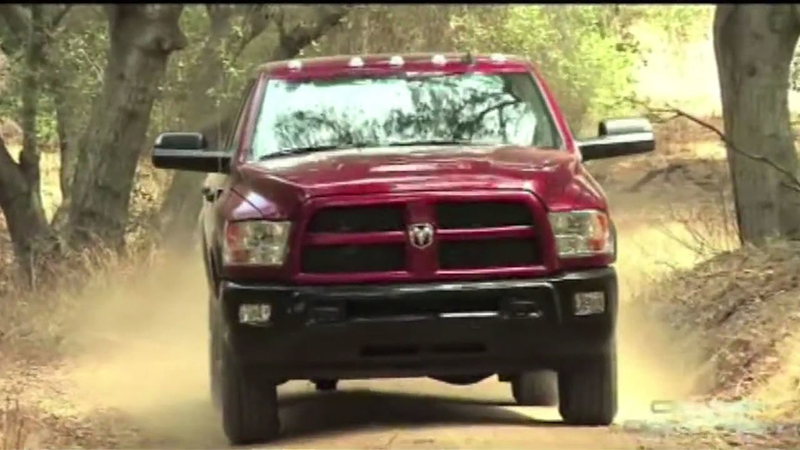 Recall issued for Dodge Ram diesel trucks due to fumes

SAN JOSE, Calif. (KGO) -- The Environmental Protection Agency has issued a recall for some Dodge Ram diesel trucks following complaints of several owners who've been smelling fumes as they drive.

Fiat Chrysler Automobiles says this is not a safety issue but consumer advocates and others think otherwise.

San Jose's Hank Vanderhulst is one of several dozen on forums around the country complaining about diesel fumes in his Ram 1500 diesel truck.

"It kind of smells like a big semi-truck in front of you, if your windows were open and his exhaust going directly into your cab," Vanderhulst said.

He says he's forced to run his air conditioning, even during the winter, so the air will recirculate and he won't smell the diesel.

"What Chrysler should do is recall all these vehicles, change the exhaust coupling and get it done with," Ditlow said.

Ditlow got his wish. FCA says it will replace the coupling with a temporary one until a permanent fix is available.

FCA traces the problem to a crack in a coupling. It says it has tested the levels of carbon monoxide in the cabin and says it's below safety standards.

Ditlow is not so sure. "It can lead to drowsiness, inattention and cause the occupant to have a crash," he said.

Vanderhulst is more concerned about his daughter. "I don't really want to drive my daughter around in a truck if it's leaking anything into the cab," he said.

The Environmental Protection Agency confirms that Chrysler reported this problem and initiated the recall on its own.

Two million vehicles each year are recalled for emission-related violations.

Emission recalls are not safety related, but the EPA says exposure to air toxins can lead to cancer and the goal is to reduce the risk.

"At its worst, you kind of feel like maybe you should pull over and not drive," Vanderhulst said.

All repairs under the recall will be free. FCA estimates that up to 3,000 vehicles could be recalled.

FCA said in a statement: Tests have confirmed there is no safety hazard. The issue is confined to a limited number of vehicles equipped with a certain driveline. We are responding to customer concerns in accordance with their best interests, and in full compliance with all applicable regulations. We value our customers and apologize for any inconvenience.