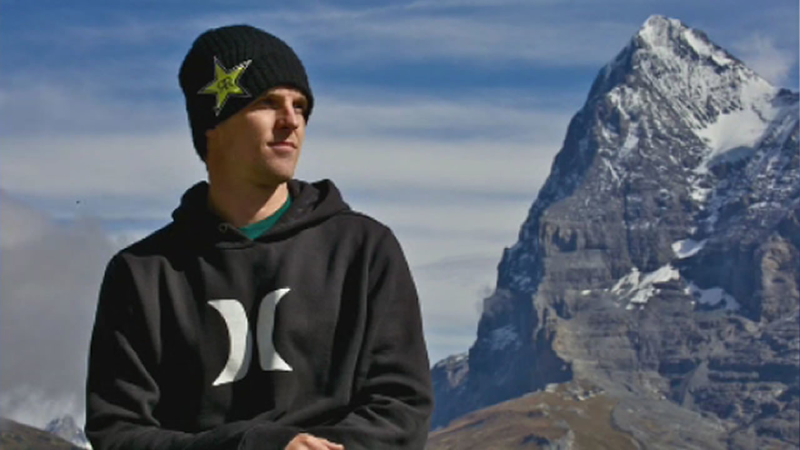 SQUAW VALLEY, Calif. (KGO) -- The extreme sports community is mourning the loss of one of its own after 39-year-old Erik Roner died Monday in a skydiving accident in Squaw Valley, Calif. Roner was a North Bay native.

He is being remembered as a daredevil who broke all the rules of extreme sports, much of it on MTV. He was also part of the Nitro Circus crew.

One of his best stunts was where he sat in a lawn chair, suspended by balloons, and after shooting the balloons with a shotgun, he plummets with a parachute.

VIDEO: Daredevil floats to 8,000 feet in a lawn chair tied to balloons
An extreme base jumper used helium-filled balloons to soar 8,000 feet into the sky, before skydiving back down to the ground.

Growing up in the North Bay, friends say he never forgot his hometown roots.

Roner would go anywhere in the world, as long as there was a mountain he could jump or fly off of.

His videos are legendary. In Switzerland Roner and his friends recorded an extreme stunt where they wore wing suits, flew thru the Alps before popping a parachute.

But a stunt at Squaw Valley Monday morning would be his last. Sheriff's officials say Roner was killed in a sky diving accident when he struck a tree while trying to land. He was part of a group conducting a skydiving performance for a golf event. When he hit the tree, he became entangled high above the ground. Authorities were not able to remove him from the tree and Roner was pronounced dead at the scene. All the other skydivers landed safely.

Demo Sport owner Steve Merrifield said, "Like any great athlete, it will be a loss to the sport. It will be a much greater loss to his friends and family."

Merrifield knew Roner for years. Autographed posters hang all around Merrifield's Demo Sport store in San Rafael where Roner was a longtime customer. Merrifield remembers the extreme sports icon, as kind and humble.

"I've seen him ski, I've seen him do his acrobatics and I think that he, with no pun intended, sort of flew under the radar. He didn't make a big show of his immense talents," Merrifield said.

Roner grew up in Marin County and graduated from Terra Linda High School in San Rafael.

Many say Roner knew the risks from extreme skiing to his stunt, straight out of the Pixar movie 'Up'.

Roner's management team says Erik was more than a world class athlete, he was a world class husband and father of two small children.