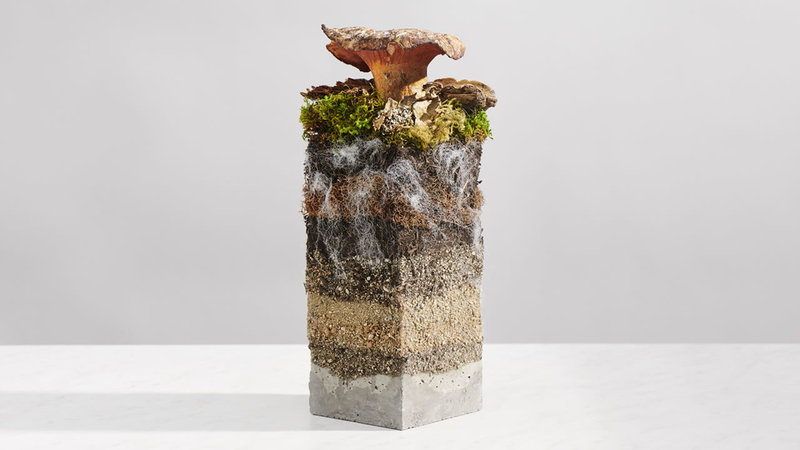 SAN FRANCISCO (KGO) -- Fungus for fashion. Could a material derived from mushrooms be the key to reducing the fashion industry's carbon footprint? Is it the "impossible leather?"

Their latest product is Mylo, an alternative leather that comes not from cows, but mycelium. That's the spiderweb-like filament structure that fungi use to grow, like the roots of a tree. Sounds like science fiction, but it's fashion reality.

Next-gen musician and eco-activist @ParisJackson wears the future of fashion, Mylo™️. We created the world’s first-ever garments from this vegan mushroom leather – more realistic, without plastic.

With global population growth accompanied by demand growth, Widmaier says we can no longer live or consume products the same way as we did when the planet had fewer people. "I think we're already hitting the upper bounds of what planetary boundaries can support with 300 million cattle a year being processed. i just don't think that's going to scale anymore. We need to find alternatives to serve consumer demand going forward."

British designer Stella McCartney debuted Mylo styles in March, when actress and environmentalist Paris Jackson modeled a bustier and pants made of the "unleather."

VIDEO: Going waste-free for one week with the Zero-Waste Challenge

Adidas followed with an announcement of a Mylo version of its classic Stan Smith trainers. There are plans for its muse in handbags, wallets, shoes, jackets and more.

Widmaier describes the material as soft, supple and breathable. "Those are kind of the attributes that we think people love about leather. If you're going to make an alternative, that's something you need to do... We really wanted to make something that gave you what we call the esthetic experience of real leather."

Bolt Threads expects to announce more partnerships shortly, with products reaching consumers later this year. Prices are expected to be comparable to products with real leather.