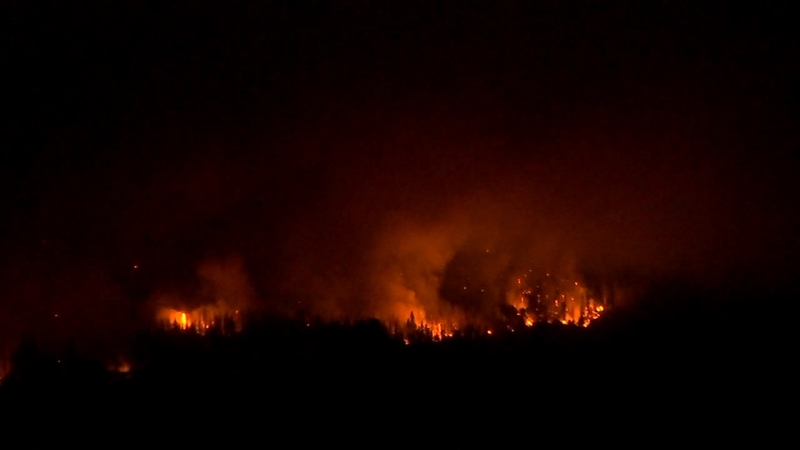 MARIPOSA COUNTY, Calif. -- Fire officials say they are making progress towards stopping the Ferguson Fire burning in the area of Yosemite National Park.

The fire has grown to 68,610 acres burned and containment stands at 39 percent.

On Wednesday we learned that two more firefighters have been injured, but details on the extent of the injuries were not immediately available.

Fire crews continue to prepare to set backfires inside Yosemite National Park, which are expected to both remove potential fuel for the wildfire and expand containment.

Fire officials issued an evacuation order for the Wawona community Wednesday as a precaution because of current and predicted fire behavior.

Highway 120 was closed on Thursday afternoon between Yosemite's Big Oak Flat entrance and Crane Flat. That means the only road access to the park is the Tioga Road entrance in the Eastern Sierra near Highway 120 and US 395.

While the backfires help firefighters contain the larger wildfire, they are generating more smoke, which has a negative impact on Central California's already poor air quality.

Meterologists say that in the coming days, the high pressure system above the fire will weaken. That will decrease temperatures in the Central Valley, but is also expected to increase fire behavior.