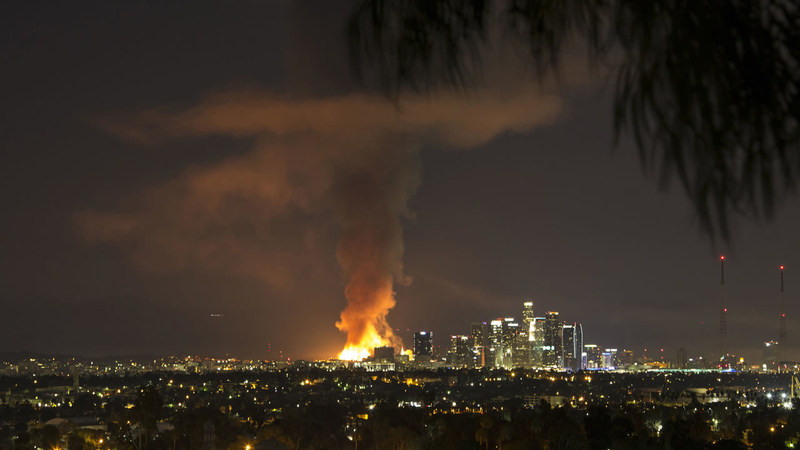 LOS ANGELES (KGO) -- A fire erupted overnight at a seven-story apartment complex under construction in downtown Los Angeles, shutting down two major freeways in the area at one point.

The blaze started around 1:20 a.m. Monday on the 900 block of West Temple Street. The bulk of the fire was knocked down after about 90 minutes. At its peak, 250 firefighters were on scene.

There were no reports of injuries. The cause of the fire remains under investigation. 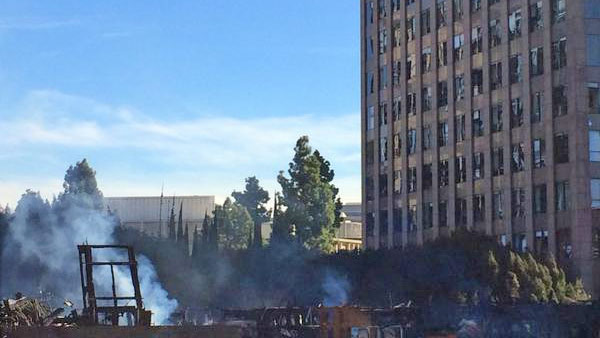 Downtown LA buildings damaged in massive fire
A fire at an apartment complex under construction in downtown Los Angeles damaged nearby buildings on Monday.

The Department of Recreation and Parks and the Department of Building and Safety were most affected. Because of the fire, no one was able to get permits for any type of construction on Monday.

"The north tower was damaged. The flames just cracked the windows wide open. You can put your hand right through," said L.A. Councilman Tom LaBonge. "(There's) severe damage, water damage, but it wasn't damaged physically to where it will be uninhabitable. There's just a lot of cleanup going on right now."

The 1.3-million-square-foot apartment building had been under construction for several months.

"We would like to thank the men and women of the Los Angeles Fire Department for their bravery, swift actions, and effective response in putting out the fire," developer Geoff Palmer said in a statement to Eyewitness News. "Though we have temporarily lost Building B, we will be opening Building A across the street at the end of January to those families looking forward to occupying their new homes." 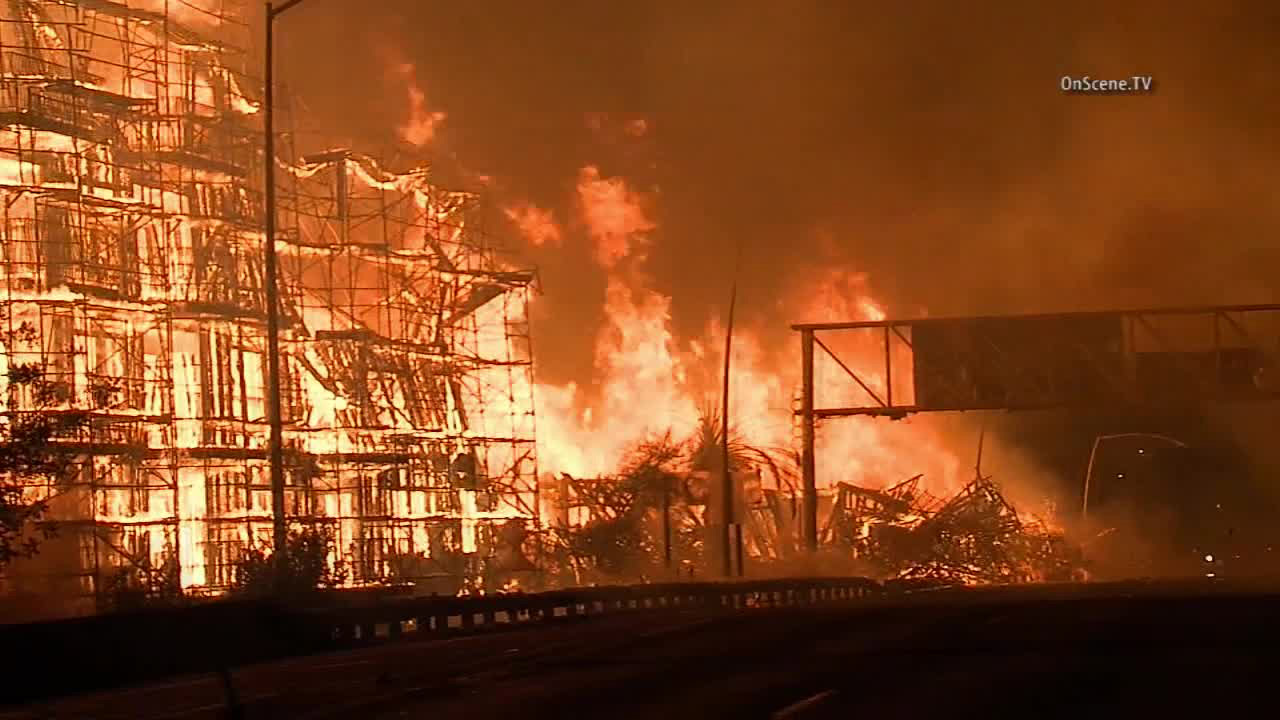 PHOTOS: 2 fires light up Los Angeles skies
Two major fires broke out overnight in Los Angeles. See photos from both scenes.
The 110 Freeway was initially closed in both directions, but the southbound side reopened just before 5 a.m. and three northbound lanes reopened around 10:15 a.m. The northbound side was fully closed at one point because of possible collapse of debris onto the freeway. The Temple, Broadway and Los Angeles off-ramps from the 101 Freeway were also closed.

As crews were fighting the fire in downtown, another blaze erupted about eight blocks away at a commercial building in Westlake District.

Officials say there's no information at this time to indicate that the two fires are related.