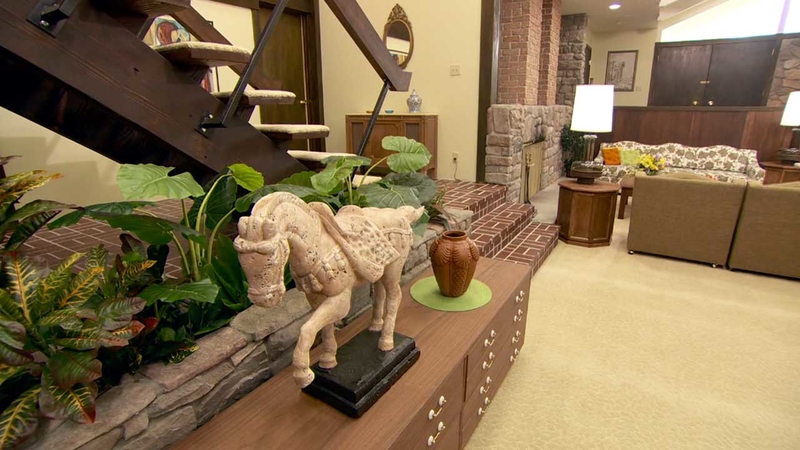 STUDIO CITY, LOS ANGELES -- For the first time ever, the inside and outside of the ''Brady Bunch'' home have been brought together.

The family's interactions during the iconic 1970s sitcom were all shot on a set. The home used for the exterior shots had an interior that looked completely different.

That home, which is in the Studio City neighborhood of Los Angeles, went up for sale for the first time in 45 years last fall. At first, former *NSYNC member Lance Bass thought he had scored the house, but he then learned that HGTV had outbid him.

Now, the six actors who played the kids are helping fans get a blast from the past by recreating their old house. They helped HGTV transform the interior of the house right down to the details, such as the vase that was broken because the kids didn't heed Carol Brady's warning not to play ball in the house.

For the incredible transformation, HGTV also enlisted eight of its hosts, including Lara Spencer of "Good Morning America." Working together for seven months, they added more than 2,000 square feet of space to the house, which was originally one story.

They also asked for help from fans finding special items, such as the rare giraffe doll in the girls' room.

Williams said he hopes the renovation gives fans "an experience of what this house represented which is just that. Getting along, communicating, trusting one another or in the words of Mike Brady: one for all and all for one."

Though there has been no official announcement about how the home will be used in the future, HGTV will air a special about the renovation in September. After that, the network says, there is "more fun in the year to come."