Fog may have been factor in deadly hit-and-run crash in Fremont, police say 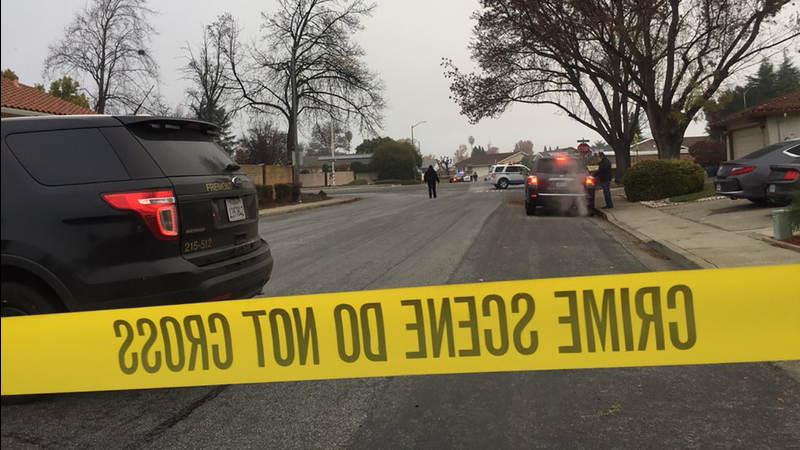 Fog may have been factor in deadly hit-and-run crash in Fremont, police say

Police received a call around 3:51 a.m., about a body in the roadway, between Isherwood Way and Decoto Road. When officers arrived, they found an adult man who had died and evidence of a collision with a vehicle. The driver of the vehicle was not at the scene and has not been identified, police said.

"The victim is a community member," Fremont Police Lt. Ariel Quimson told ABC7 News. "We don't know his identity yet. We're waiting on the coroners to identify him."

Lt. Ariel Quimson said the victim was crossing outside a designated crosswalk at the time of the collision.

Neighbors Richard and Kathryn told ABC7 News the fog's impact was easy to see on Tuesday morning, especially in an area where both foot and vehicle traffic is the norm.

Road closures turned the residents around.

"Very thick," Kathryn described. "At 6:15 this morning, when we left to go walk the dog, we turned around right here at the intersection here when we saw the lights over here."

She said the Parkway is usually packed with morning commuters, but the dense fog and detours forced drivers away from the main drag. Area street closures kept people away for more than six hours, while officers continued their investigation. There was a partial reopening of the southbound lanes around 10 a.m.

Neighbors said this is a busy area for people running and walking their dogs early in the morning.

The search for the driver responsible for killing a man, then taking off continues.

The fog in Fremont remained thick into the late morning.

"The fog may have contributed to the collision," Lt. Quimson said. "But we just don't know yet."

Police are gathering surveillance footage from around the neighborhood and using street cameras located on area lightpoles for the investigation.