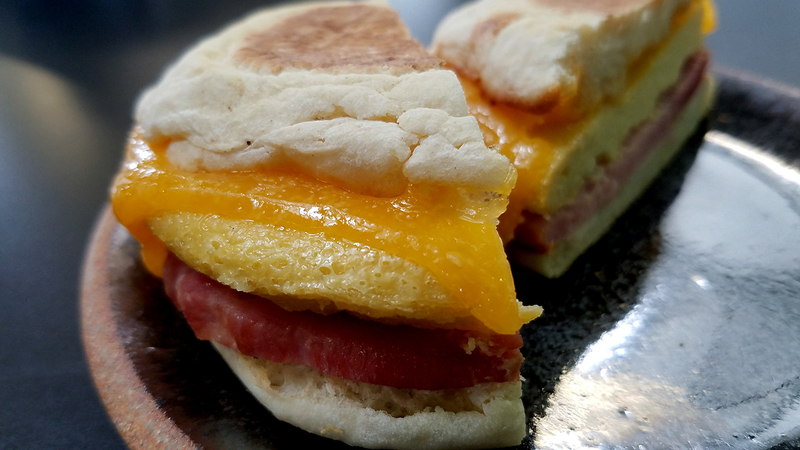 The scrambled egg breakfast you've never had before

SAN FRANCISCO (KGO) -- A San Francisco start-up is looking to revolutionize your breakfast burrito. Just, a food research company, has begun selling a new egg substitute made entirely from plants.

The main ingredient is mung bean. The company's research team isolated the bean's protein and found it resembled egg protein. That was the easy part. It took some trial and error to get the bean's protein to taste like a real egg.

"The last few steps of getting it just the right texture, just the right appearance, just the way that it cooks in the pan has actually been the biggest challenge," said Ben Roche, director of product development for Just Egg, the company's egg substitute.

Roche demonstrated how easy it was to make a scrambled egg with the Just Egg mixture. In seconds, the yellow liquid began to curdle and turn pillowy. It tastes like real chicken eggs.

Just has collected thousands of seeds from all over the world to determine their molecular compound. The company stores the seeds at its Folsom Street headquarters. That's where it pulverizes the seeds and then isolates it protein and other compounds.

"We are not inventing plants," said Joshua Tetrick, Just's co-founder. "We are finding plants that are growing out there in the world and then using them to make all sorts of food that we are familiar with, like the egg. It is not GMO (genetic modified organism)."

Just also makes an egg-free mayonaise from yellow split peas, and an egg-free cookie dough from sorghum, a grain that used one third less water to grow than other grains. The company is working on a process that lets it grow cells from animals into edible meat. It plans to launch the product by the end of the year.

In the meantime, it is marketing Just Egg. Veggie Grill has begun using it to make breakfast burritos at its five Bay Area locations. It will soon be available in select supermarkets as well.