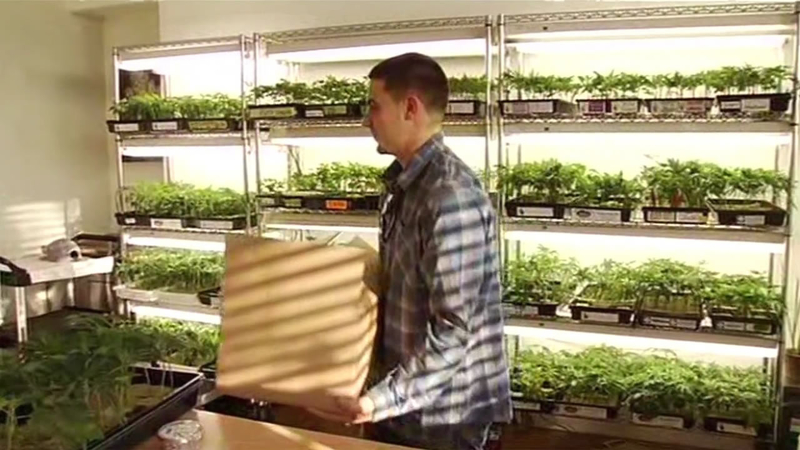 OAKLAND, Calif. (KGO) -- It was a big day for cannabis supporters in Oakland, as the U.S. Attorney's Office dropped a lawsuit filed against Harborside Health Center.

Not only was the lawsuit dropped, but Oakland is poised to approve a permitting process for other marijuana vendors.

Many say it's the evolution of public opinion when it comes to pot and a move that will certainly have big repercussions for other dispensaries.

A retired Oakland firefighter swears by a special cannabis balm he buys at Harborside.

"I rub it on my hands and within five minutes the pain is relieved so much I can go back in the yard and work if I want to," he said.

He was thrilled to hear this dispensary will no longer face the threat of a federal raid.

"The lawsuit against Harborside is being dismissed and we are at the beginning of the end of federal prohibition," said Harborside Executive Director Steve DeAngelo.

"This industry can come out of the dark, out of the shadows and operate in a way the people of California have said they want this industry to operate."

The feds filed the lawsuit against Harborside four years ago. The city fired back with a separate suit against the U.S. Attorney General.

"The ground has shifted under the Department of Justice. Public opinion has swung dramatically," said Oakland City Attorney, Cedric Chao. "That helped contribute to the feds deciding not to proceed."

There was no comment from the U.S. Attorney's office.

Many expect other lawsuits against dispensaries to be dropped in the coming weeks. Meanwhile, Oakland is ready to regulate hundreds of new vendors.

"An expanded and permitted regulatory system to allow growers, people who make tinctures, or brownies and other edibles, to come out of the shadows," said Rebecca Kaplan, a city council member.

Oakland city council will vote on Tuesday night in a move they say will improve public safety and benefit the city.

"Harborside is just one dispensary, is the second largest retail tax payer in the City of Oakland," said DeAngelo.

"Before pot was pot and it was bad. Now there are properties that are healing and keep people from pain. So, opening people's eyes up there's no reason to be afraid of it. It's helping everybody," said Jonathan Bang, who uses medical cannabis.

Next up is a measure to legalize recreational marijuana. It's likely to be on the November ballot.