KGO
By Luz Pena
REDWOOD CITY, Calif. (KGO) -- A controversial film about abortion is causing a lot of conversation about this topic among moviegoers in the Bay Area.

It's the story of Abby Johnson, the youngest Planned Parenthood clinic director who, after seeing an ultrasound of an abortion, resigned in 2009 and now opposes abortions.

"That was when I really saw for the first time the human being inside the womb fighting for his life," Johnson said.

In Redwood City, some movie goers said the controversial abortion film @UnplannedMovie was bloody and solidified their anti-abortion views. Others said, “Women should have the option to choose what happens to their bodies.”

Johnson hopes her story in the movie "Unplanned" helps other women. "I just thought I had another opportunity here to help facilitate healing for those who have been possibly hurt or touched by abortion in some way," she said.

In Redwood City, some moviegoers said the movie was graphic. "There was no applause it was pretty quiet. It was a pretty serious movie. It was not happy. The first part is very bloody. They showed the tubes and blood in there, discharge going through it," said Michael Wilmer.
Others who support a woman's right to choose said the movie would not be able to change their mind. "Well, I feel that a woman should have the right to choose what happens to her body," said moviegoer Delphine William.

The Archdiocese of San Francisco also posted on Facebook about the film. "The film may create opportunities to highlight the proclamation of the Gospel of Life in your diocese and parishes, as well as creating opportunities for dialogue and fruitful conversations."

One group, Pro-Life San Francisco, hopes this film starts conversations from both sides. "And understand the really powerful reasons sometimes behind why someone would feel that my body, my choice," said Terrisa Bukovinac.

The controversy was also seen on Twitter when the movie's account was briefly suspended. Twitter explained that the suspension was not on purpose but rather was linked to another account that violated their policies.

In a statement about the film, Planned Parenthood said: "The claims in this film are simply false. Planned Parenthood is proud to provide expert, high-quality health care to our patients, including safe and legal abortion, in a safe and compassionate environment."

Former @PPFA director @AbbyJohnson speaks to us about her controversial film “@UnplannedMovie.” Johnson hopes to “facilitate healing for those who have been hurt or touched by abortion.” @abc7newsbayarea pic.twitter.com/jd4UD8HSTH 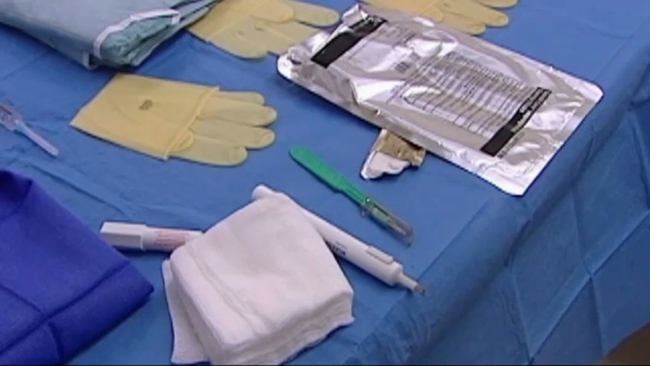