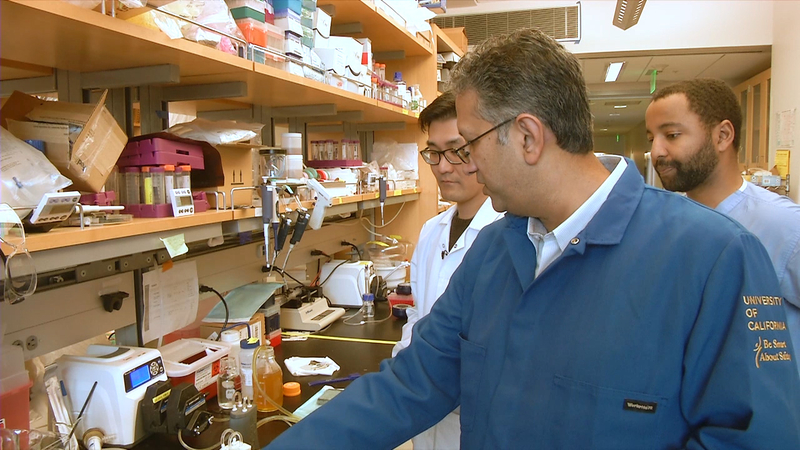 SAN FRANCISCO (KGO) -- A major award could provide new hope to thousands of kidney patients in the U.S., and possibly, freedom from undergoing traditional dialysis.

It's a ritual that hasn't changed in the decade since we first met kidney patient David Anderson.

"I still do dialysis and I'm unlikely to get a transplant," said Anderson, who had one transplant organ fail.

But in that time, a dream, nurtured in a lab at UCSF, has moved a major step closer to reality. It's an artificial kidney, with the potential to change the lives of patients like Anderson.

ABC7 had an inside look at the UCSF artificial kidney project when it was in its early stages. Shuvo Roy, Ph.D. and his team developed the concept for an implantable device that would perform all the functions of the human kidney.

And while testing for a full version is still likely a few years off, the UCSF team is now hoping to use part of the technology to free patients from traditional dialysis.

"What we're doing with this interim step is taking the filtration component of the artificial kidney, implanting it and allowing it to be operated in dialysis mode," says Roy.

The system is called iHemo. It employs a small filtration device implanted in the body.

Instead of pumping a patient's blood out into a dialysis machine, the iHemo system channels a cleansing agent in through a surgically implanted port where it draws out toxins through a membrane using a process called diffusion.

No needles, no blood loss and the potential for patients to clean their blood more often with significant health benefits.

"And you're able to do this from the convenience of your own home. So from the patient perspective it fundamentally simplifies the process of hemodialysis," Roy said.

He also believes i-Hemo could have major advantages over home-dialysis systems currently available, envisioning a portable device giving patients far more freedom. The concept just received a major boost, winning a $500,000 prize from the KidneyX awards, backed by the Department of Health and Human Services. The funding will be used to validate animal models and scale the system up for potential human trials.

It's a moment, Anderson hopes to someday witness.

RELATED: UCSF researchers look to turn COVID-19's weapons against itself