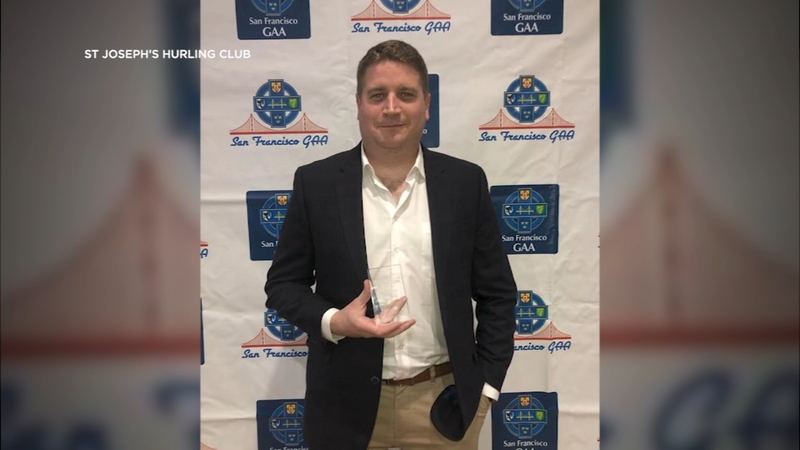 McGrath, a San Francisco resident, was an Uber passenger in a Honda SUV that collided with an Audi SUV around 7:35 p.m. near the corner of 46th Avenue and Lincoln Street, according to police.

McGrath was taken to a hospital, where he succumbed to his injuries, police said.

The Audi's driver fled the scene before police arrived.

Investigators learned the Audi SUV was reported stolen out of San Francisco on Jan. 12. The driver who fled the scene is being described by police as a man, about 45 years old, with a bald head and possibly over six feet tall.

According to the San Francisco Gaelic Athletic Association, McGrath was a native of Galway, Ireland and served as treasurer for the SFGAA Board.

In a Facebook post, SFGAA officials described McGrath as "a highly regarded member of the Bay Area Irish community."

After the tragic death of her daughter in a double-fatal hit-and-run New Year's Eve in San Francisco, Hiroko Abe spoke with ABC7's Dion Lim to share her heartbreak and her many questions surrounding the tragic events of that night.

The group added, "We ask that you keep his family and friends in your thoughts and prayers."

Police are asking anyone who may have witnessed the collision or who has video surveillance footage that could have captured the collision to come forward. Anyone with information is urged to contact the Police Department's tip line at (415) 575-4444 or to send a tip by text message to TIP411 with "SFPD" at the start of the message.

The video in the media player above is from a previous report.