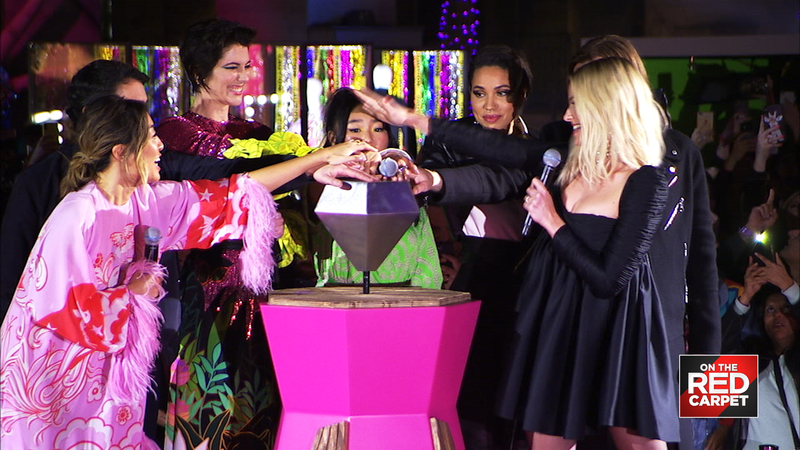 The 'Birds of Prey' cast takes over 'Harleywood'

HOLLYWOOD, Calif. -- Hollywood officially turned into "Harleywood" as the cast of "Birds of Prey" gathered for a night filled with music, fun and mayhem.

Academy Award-nominated actress Margot Robbie revived her iconic character of Harley Quinn for the upcoming film, which she also produced.

"It's hard to find a character who gives you as many options as an actor," Robbie said of Harley Quinn.

Robbie made her groundbreaking debut as Harley Quinn in 2016 film "Suicide Squad." Four years later, Robbie is releasing a movie that shines a spotlight on the character that stole everyone's hearts.

"She can be vulnerable," Robbie added. "She can be making terrible decisions...but she's very smart."

In the upcoming film, Robbie's character teams up with a cast full of superheroes to save a young girl in Gotham City. Jurnee Smollett-Bell, who plays the iconic Black Canary, describes the movie as a "wild ride" that's both action-packed and heartbreaking.

Ewan McGregor takes the role of the villain in this film, playing Black Mask: "In this feminist, female-driven, anti-misogyny piece, he's the reminder of what misogyny really is."

While McGregor said that it wasn't always a joy to play such a bleak character, it was important to have a villain for the women to go up against and really showcase their power.

Actor Chris Messina told On The Red Carpet that audiences will be "blown away" by the performances, especially McGregor's.

Fans in the Los Angeles area can experience "Harleywood" through Saturday, Jan. 25. The courtyard located on Hollywood and Highland is open to the public and will have a light show every half hour beginning at 4:30 p.m. PT.