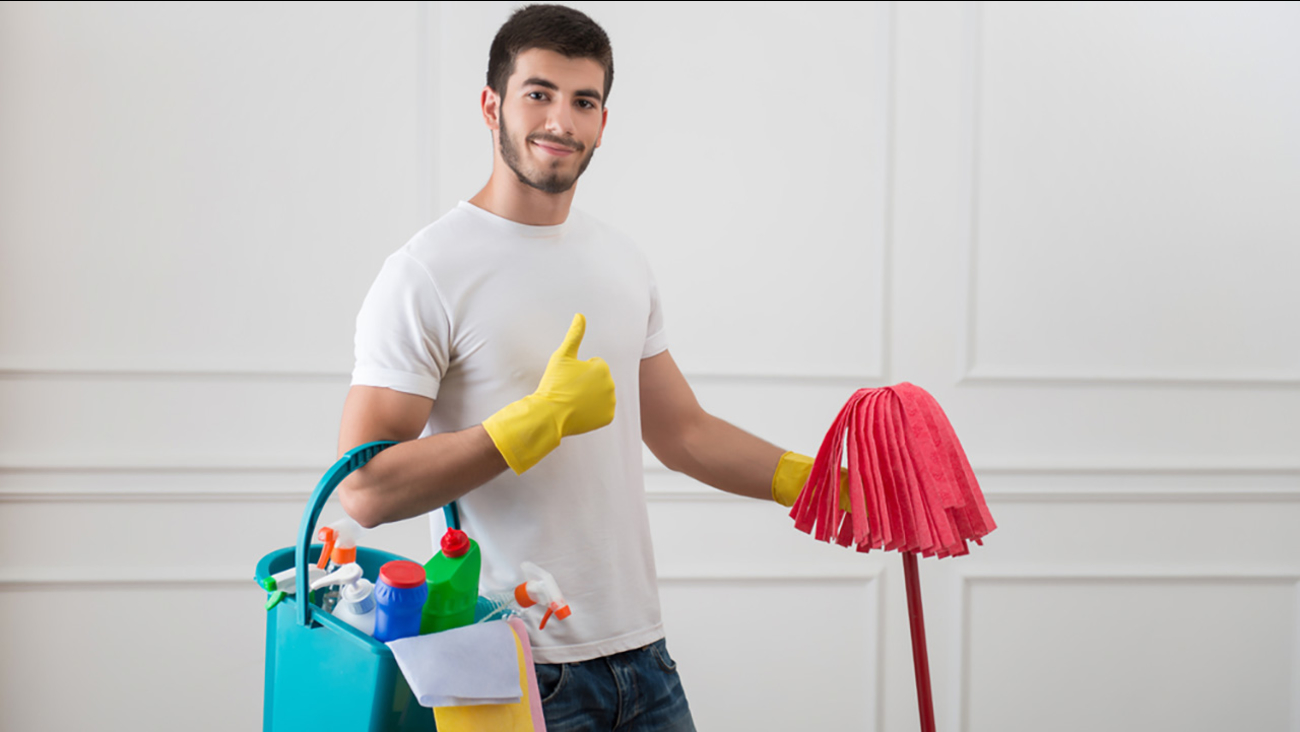 Some guys just know how to have a good time, even when performing mundane tasks like mopping.

Tap to see video if viewing on News app.

One man caught his roommate showing off some smooth moves while cleaning their house after a Halloween party. Thankfully, the man had a camera handy and was able to capture his roomie's mopping choreography as he sang along to Sheena Easton's hit "Morning Train (Nine to Five)."

Oh, and did we mention that he was doing all of this in his underwear? He may not be quite ready for his Broadway debut, but more than a few people have found his performance entertaining. The video has been viewed more than 4 million times since being uploaded to YouTube last week.
Related topics:
home & gardenfunny videodistractiondance
Copyright © 2020 KGO-TV. All Rights Reserved.
DISTRACTION