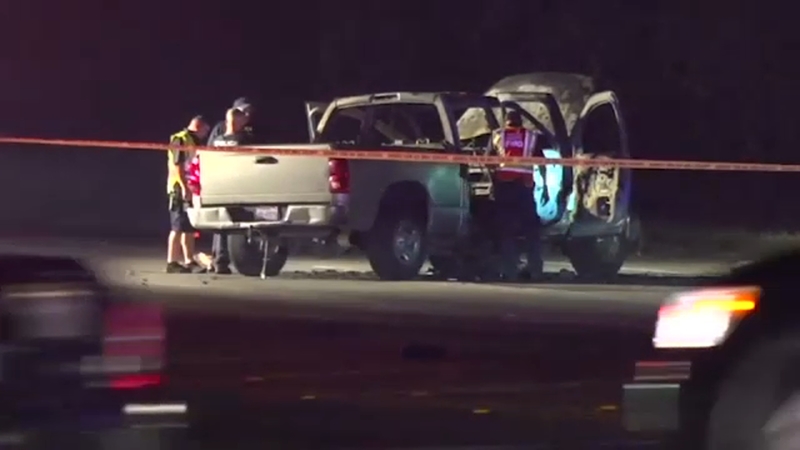 HOUSTON -- The family who was burned after fireworks exploded in their car says their two small children are still recovering. The family of four was injured during a road rage incident on July 4.

Deputies say 18-year-old Bayron Rivera fired a gun at the family because he was upset the family's father cut him off on the road.

COURT DOCUMENTS: Father cut off 18YO man on the road. After exchange of words, teen later pulls an AR 15 and shot rounds into the father’s car. 1 & 2 year old kids inside car were badly burned cause fireworks inside were sparked, lit car on fire. #Abc13 https://t.co/7m8zjkqFYZ pic.twitter.com/bMZnLnuHLK

The father and the 2-year-old, however, are still hospitalized.

They said the burns from the explosion left one of the children unrecognizable.

Suspect who shot into car carrying family of 4 and caused fireworks to go off surrenders, sheriff says

They say the family and Rivera did not know each other.

Rivera surrendered to deputies Sunday and is now being held on a $120,000 bond.

"Our main concern has been to the two children that have been severely injured and face a very long long recovery," said Sheriff Ed Gonzalez in a press conference.

The lead lieutenant on the case says Rivera told them he did not know children were in the car at the time of the shooting.