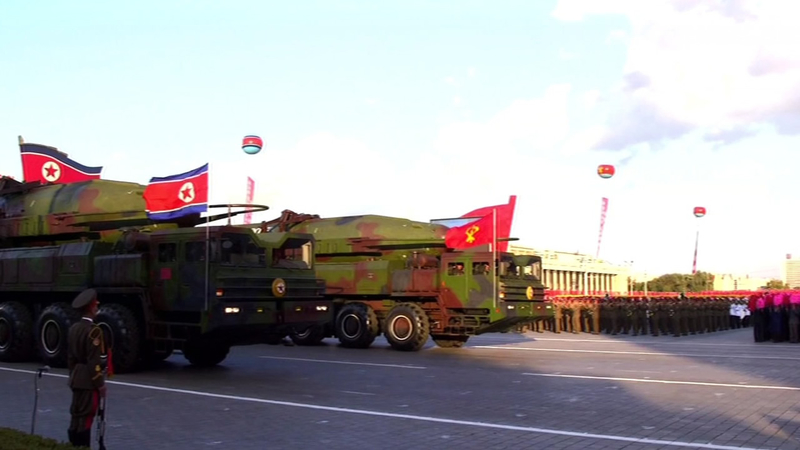 SAN FRANCISCO (KGO) -- The U.S. ambassador to the United Nations is calling on the U.N. Security Council to hold North Korea accountable "by imposing a tough, comprehensive and credible package of new sanctions" in response to that country's announced nuclear test.

There are many skeptics, but no one denies that North Korea remains a potential threat. The U.S. immediately launched what's known as nuclear snifferplanes to determine if North Korea's claims are true.

There is condemnation from around the world as North Korea announced on its state television that it successfully tested a hydrogen bomb.

The UN Secretary General Ban Ki-Moon spoke at the emergency meeting called this morning to discuss the claim. "This act is profoundly destabilizing for regional security," Ki-Moon said.

The latest nuclear testing would be a huge advancement for the nation's military.

A hydrogen bomb is 10,000 times more powerful than atomic bombs like those dropped on Hiroshima and Nagasaki in World War II.

North Korea said its nation will defend itself from quote "Evil warmongers like the U.S."

But many question if this is another bluff by the communist regime.

A 5.1-magnitude earthquake was recorded near the nuclear testing facility Tuesday and South Korean officials believe the moderate shaking was caused by an atomic bomb instead.

Diplomatic relations experts said it's a drastic move by the Hermit Kingdom to command attention.

North Korea tested less powerful weapons three times since 2006.Any testing would be a violation of New Year's resolutions.