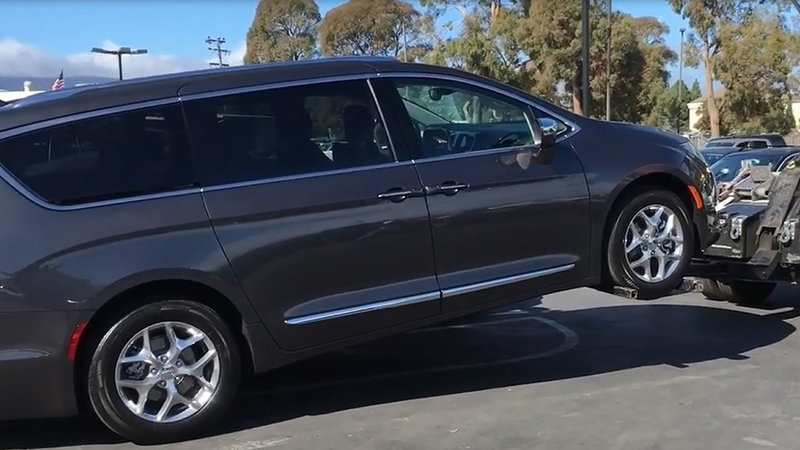 After a Menlo Park doctor told I-Team Reporter Dan Noyes a frightening account of a stall in high-speed traffic, the company believes they may have found the problem.

Patel told Dan Noyes the minivan lost power in the fast lane, and that he had a close call as he coasted to the shoulder when a big rig was bearing down on him.

"I kinda braced for impact," said Patel. "And I just grabbed onto the steering wheel really tight and you know I thought, 'Okay, something bad's going to happen right now.'"

Patel made it off the highway and started recording.

Patel can be heard on cellphone video saying, "My car died with 300 miles on the car, this is crazy... It won't let me move."

The dealer thought it was simply a bad connector, but Dr. Patel refused to drive the minivan again and got his money back.

Now, Chrysler is ordering a software update for all 2017 Pacifica minivans except hybrids, saying "under a rare set of conditions, a vehicle's engine control module (ECM) may incorrectly assess the engine's operating status. If this occurs, the engine may stall."

The I-Team found more than 50 owner complaints of the Pacifica stalling, filed with the National Highway Traffic Safety Administration.

Chrysler says most of those stalls happened at a low, safe speed and that it's aware of just one accident possibly related to the stalling issue -- no injuries.