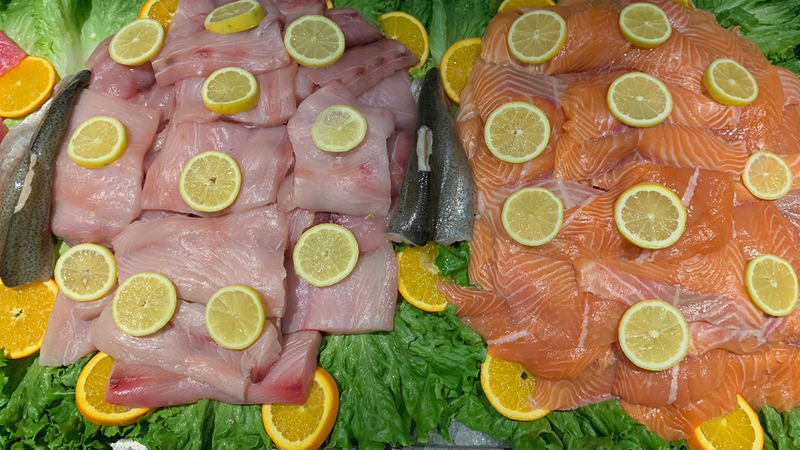 SAN JOSE, Calif. (KGO) -- Major changes are expected over the next five years as a result of technology changing the food chain, from how food is grown to how bottles are recycled.

Scientists at IBM's research lab in San Jose gave ABC7 News a preview of its work. It includes a major push to "predict" when food will make us sick.

RELATED: What to know about listeria

We assume the food we eat is safe. The reality is you can't tell just by looking at it.

Scientists at the south San Jose facility revealed they're working on five food-supply related projects that they say will be transformative in the next five years. Two of them are based in San Jose laboratories.

"When we set audacious goals like this, I think we are trying to push the envelope in terms of what technology can actually do and what kind of impact it can have on people in the near term," said Dr. Jeannette Garcia, who leads the research teams.

The food supply has millions of microbes detectable only under a microscope. IBM believes it can study the DNA of microbes to detect changes from the seed to the shelf that lead to human sickness or even death.

"They behave in a way that they can give us early signals of what would will be happening so we can shift from being reactive to being predictive," said Dr. Dubois as he walked with us through a cafeteria line.

IBM researchers also have discovered a new process to revolutionize the recycling of drink bottles. Currently, when colored bottles are melted, much of it can't be recycled as clear plastic.

Greg Breyta held up a jar filled with shards of cut-up plastic bottles, which was mostly off-white but contained specs of other colors from bottle caps, printing and labels. "When they reheat this, that is melting it, to generate the clean, clear bottle, they get discoloration, and they get a yellowish bottle," he said. He developed a chemical process called Vol-Cat that can turn any color bottle into a clean white powder, known as a monomer compound, to make new bottles.

"We actually completely break down the polymer that the bottles are made out of back to their constituent components, clean that up and then that gives us the ability to regenerate these nice, colorless, food-grade plastic from that," Breyta explained.

The Vol-Cat process can also recycle dyed t-shirts and carpeting with the same success.