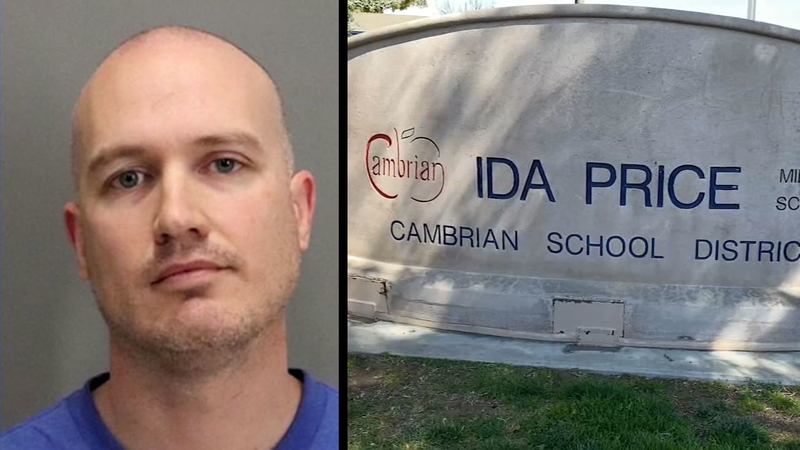 SAN JOSE, Calif. (KGO) -- In the South Bay, a man has been arrested, accused of exposing himself to young girls near a school.

Police have released his mugshot and ABC7 is showing it because police believe he may have victimized more people and they want them to report it.

Police say that in October, a young girl told them that she was walking near Ida Price Middle School when the suspect stopped his car, asked for directions and then exposed himself.

RELATED: 'I warned him:' Grandma shoots partially-exposed man trying to get into her home

The same thing happened in November and December to two other girls walking near Coit Drive and Leigh Avenue near the school.

"December of last year, we released a press release with the suspect sketches advising, if anyone recognized him to please get in touch with us," said Sgt. Christian Camarillo with the San Jose Police Department.

After the sketches were released, police say two other victims who had not initially reported Couch, came forward.

They were able to then connect those incidents with the other three and eventually arrest Couch.

"What's significant about this is many of these crimes begin with, maybe an indecent exposure incident, like this suspect was responsible for," Sgt. Camarillo said, "Oftentimes that turns into, something more serious as these people become more emboldened and then maybe graduate to doing something like a sexual assault, etc."

Neighbors near the area where the flashing incidents happened tell ABC7 News they're a tight-knit community and have been hoping for an arrest.

"People care about each other (here)," Lorretta Hunt said, "There's schools here, kids riding bikes. If they try that again, anybody: we will find you and catch you."

With a suspect arrested, there's a sense of relief.

"I'm glad that he was caught," neighbor Heather Allen said, "I hope that he doesn't get out too easily."

San Jose Police believe that there may be more victims.

They ask anyone with any information to contact them.