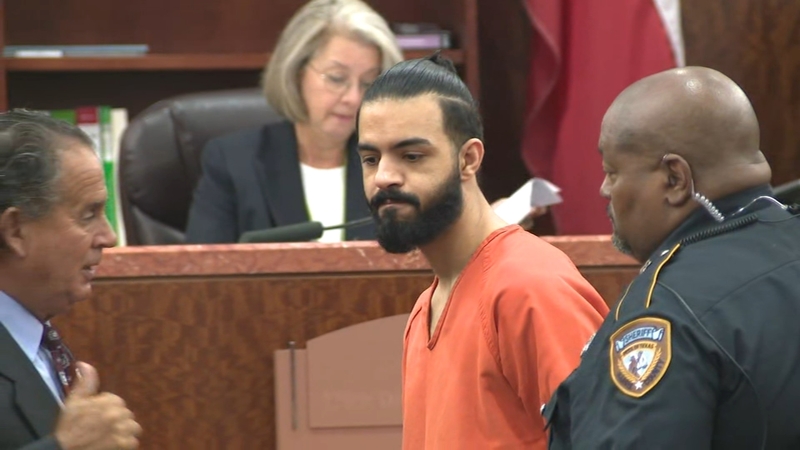 HOUSTON, Texas -- A second man accused in two so-called honor killings has been sentenced to 40 years in prison for the murders.

Nasim Irsan pleaded guilty Thursday for his role in the deaths of his brother-in-law, Coty Beavers, and his sister's best friend, Gelareh Bagherzadeh.

Bagherzadeh was shot and killed inside her car in January 2012. Beavers was shot to death just 10 months later at an apartment complex.

"I think you always want in these types of situations the most punishment a person can receive for doing something this horrible. But looking at the facts and the evidence and everything, we all got together and this is what we came up with that was appropriate," prosecutor Jon Stephenson said.

"We've been working on this with the state for some time now. We've had the opportunity to review the evidence, seven-plus pages from his co-defendant, or his father's trial, so we think it's the right outcome under the circumstances," said defense attorney Anthony Osso.

Nasim's father, Ali Irsan, has already been sentenced to death for the murders.

Last July, jurors took just 35 minutes to find him guilty of the crimes. According to prosecutors, Ali believed that Beavers and Bagherzadeh were responsible for his daughter, Nesreen, converting to Christianity.

Bagherzadeh was close friends with Nesreen.

According to court documents, Nesreen met Beavers through his twin brother, who was a classmate at MD Anderson where she and her sister, Nadia, were studying to earn medical science degrees. Nadia, who is charged with stalking and is due back in court in October, told her father about her sister's relationship, which investigators say enraged him.