Justin Timberlake's Super Bowl performance will not include a Prince hologram, family says 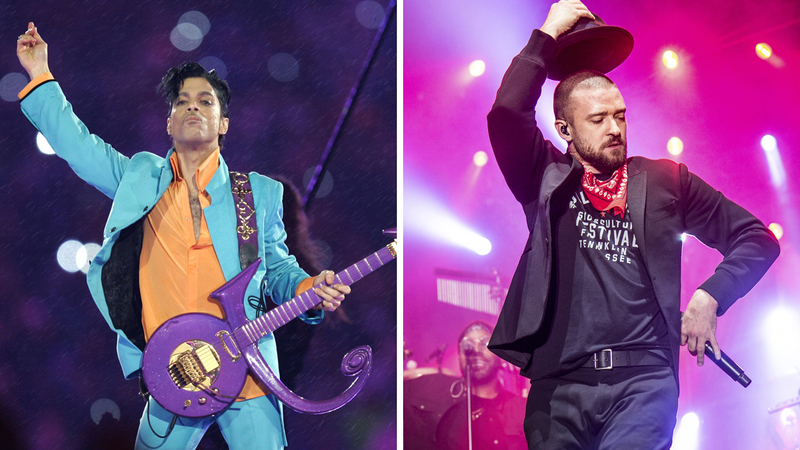 MINNEAPOLIS -- The Super Bowl halftime show rumor mill is still churning, this time with the idea that Justin Timberlake will appear alongside a holographic version of Prince.

But as soon as they appeared, the rumors were shot down by none other than Prince's half-brother, Omarr Baker, who tweeted Saturday afternoon that the reported appearance was not happening.

Sheila Escovedo, Prince's former tourmate and one-time fiancée who performs under the name Shelia E., also weighed in and tweeted Saturday that a holographic Prince would go against the singer's wishes.

"Prince told me don't ever let anyone do a hologram of me. Not cool if this happens!" she wrote.

Prince told me don’t ever let anyone do a hologram of me. Not cool if this happens! https://t.co/khtCjXr2mY

The notion of a Prince hologram - which was first reported by TMZ - doesn't come completely out of the blue (or the purple). In recent media appearances, Timberlake has praised the late performer and even went so far as to call him the "greatest all-around musician I can think of in popular culture."

Super Bowl LII also happens to be taking place in Minneapolis, Prince's hometown, and Timberlake held a listening party for his newly released album "Man of the Woods" at Prince's estate in nearby Chanhassen on Friday.

Prince is no stranger to the Super Bowl. He headlined the halftime show at Super Bowl XLI in 2007.

Timberlake has been tight-lipped about the contents of his third Super Bowl performance, telling reporters only that he was planning "a few things with this halftime show that they've never quite done before."

Rumors of a Prince appearance came after Timberlake himself struck down the idea of a surprise appearance by Janet Jackson, whose breast was exposed during Timberlake's second Super Bowl performance more than a decade ago. That incident created a national controversy and had serious negative repercussions for Jacksons' career as a recording artist.