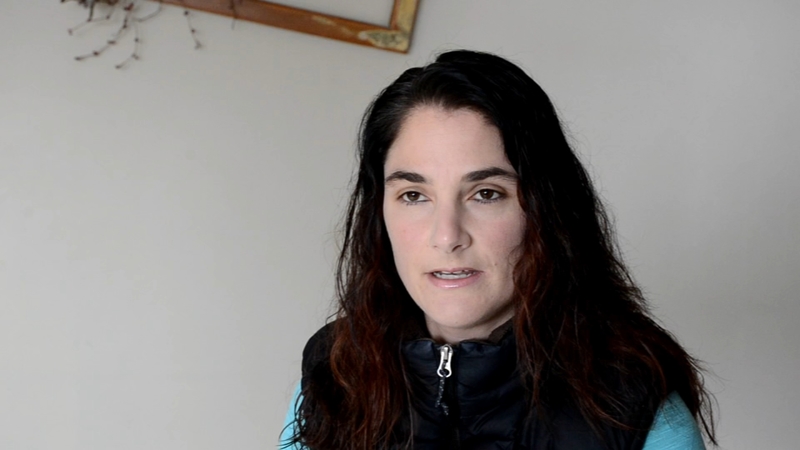 ALLENTOWN, Pa. -- The wife of a Lehigh Valley man who ran off with a teenage girl is now sharing her side of the ordeal.

Kevin Esterly was arraigned early Sunday on a felony charge of interference with the custody of a child. His bail has been set at $500,000.

His wife Stacey is now revealing that she had concerns about his relationship with the teenager for months.

"I never had any inkling it would lead up to this. I did reach out to her mother, just saying I didn't want [her] around as much, around my family and my children. We thought the communication had stopped," Stacey said.

She said she asked the teen's mother to keep the girl away from the family. But, apparently, the relationship continued.

"I always believed my husband. I would never think that he would be doing anything to harm me or my children, but it got to the point in December, I had found out that he had rented an apartment four blocks away from [the teen's] house," Stacey said.

Authorities have said Kevin Esterly frequently checked the teenager out of school without her parents' knowledge. Stacey says she was in shock when she found out.

"There were several times I found out that my husband Kevin had signed her out of school with no permission...I was very upset that the school would allow somebody to sign a child out of school. I guess it was alleged that he was her stepfather which in any means is not true. He has four daughters of his own and a wife. And [the teenager] is no stepchild," Stacey said.

"On March 5th, I last seen him when I was leaving for work. I kissed him goodbye. He said, 'Have a great day at work. I'll see you when you get home.' That was the last time I've seen him," Stacey said.