A woman is in critical condition after being stung hundreds of times by a swarm of bees in Lake Forest Monday morning.

LAKE FOREST, Calif. -- A woman is in critical condition after being stung hundreds of times by a swarm of bees in the Southern California community of Lake Forest Monday morning.

The woman is believed to be in her early 50s and works as a housekeeper in the 23000 block of Buckland Lane, where the attack occurred, according to the Orange County Fire Authority. Authorities said she was stung about 200 times.

She was transported to Saddleback Hospital.

Four firefighters and the owner of the home where the possible hive was were also stung. Two of those firefighters, who were stung multiple times, are in stable condition at a hospital.

RELATED: Firefighter bitten in face by pit bull after fire near San Leandro

The homeowner, who only went by the name Sara, recalled the attack that sent her housekeeper Maria to the hospital.

"She was screaming and I was telling her, 'Move from the bees. Come over here.' But she was covering her head," she said.

Witnesses said another house cleaner grabbed a water house to try to get the bees off Maria, but it didn't work. That's when Sara's son called 911.

Another witness said Maria tried covering her head and face, but at one point the bees began stinging her head. Orange County Fire Authority Capt. Tony Bommarito said when crews arrived, she was completely covered in bees.

"Her face was completely covered with bees," he said. "They grabbed the first thing they could, which was a carbon dioxide extinguisher, sprayed the patient, tried to get as many bees as they could off her."

He added that the firefighters had no time to put on protective gear before trying to save Maria.

"It was so horrendous. It was awful. And I felt so powerless. There was nothing I could do," neighbor Cynthia Emmets said.

She said her dog ended up being stung as well.

A bee company arrived on the scene to determine the location of a hive and discovered 30,000 to 80,000 bees.

The beehive was discovered inside a gas meter next to Sara's home, according to Matthew Kielsmeier with Bee Busters, which removed a 10-pound hive from the location. Experts said it wasn't clear what prompted the attack, but that the hive had been at the home for about six months.

Sara, who had swollen marks on her forearms from the stings, said she'd noticed bees in the area, but didn't think anything of it at the time.

Experts warn that anyone who sees bees congregating for a period of time in a particular area should call a bee company to get it checked out.

The community HOA had not received any reports of bee problems in the area until this incident. 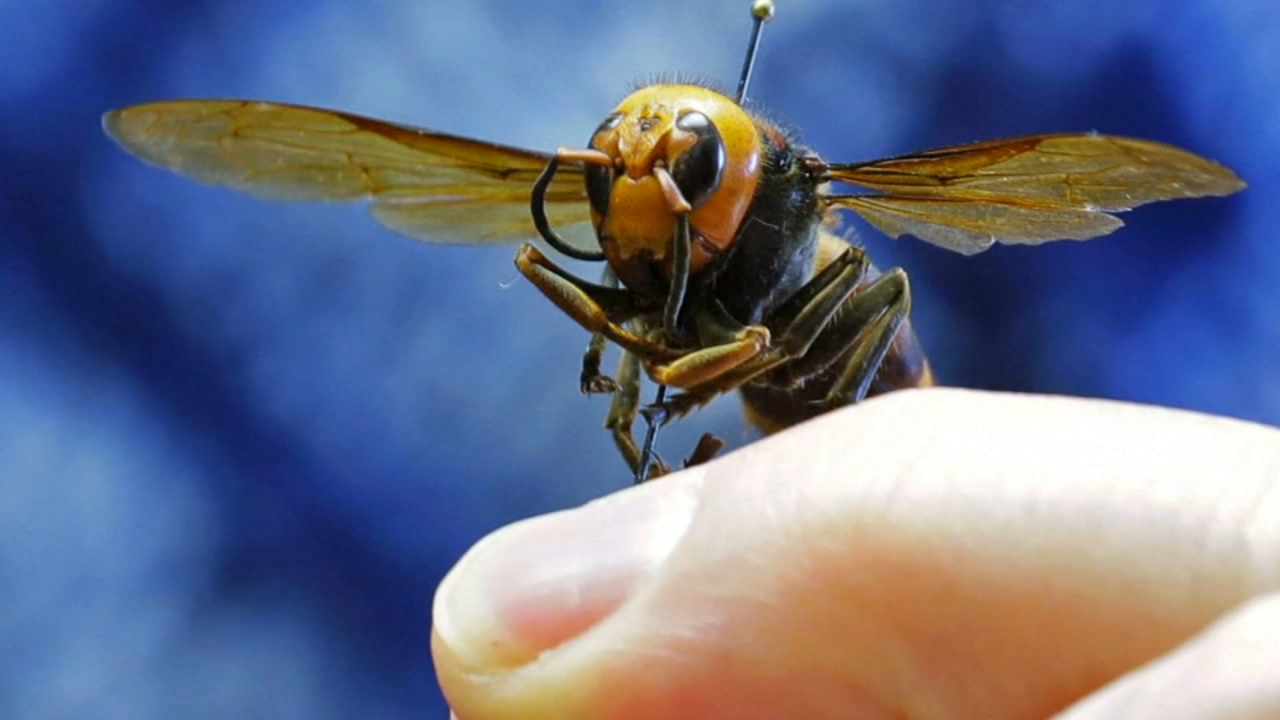 Murder hornets Washington: 1st live insect of 2021 in US spotted 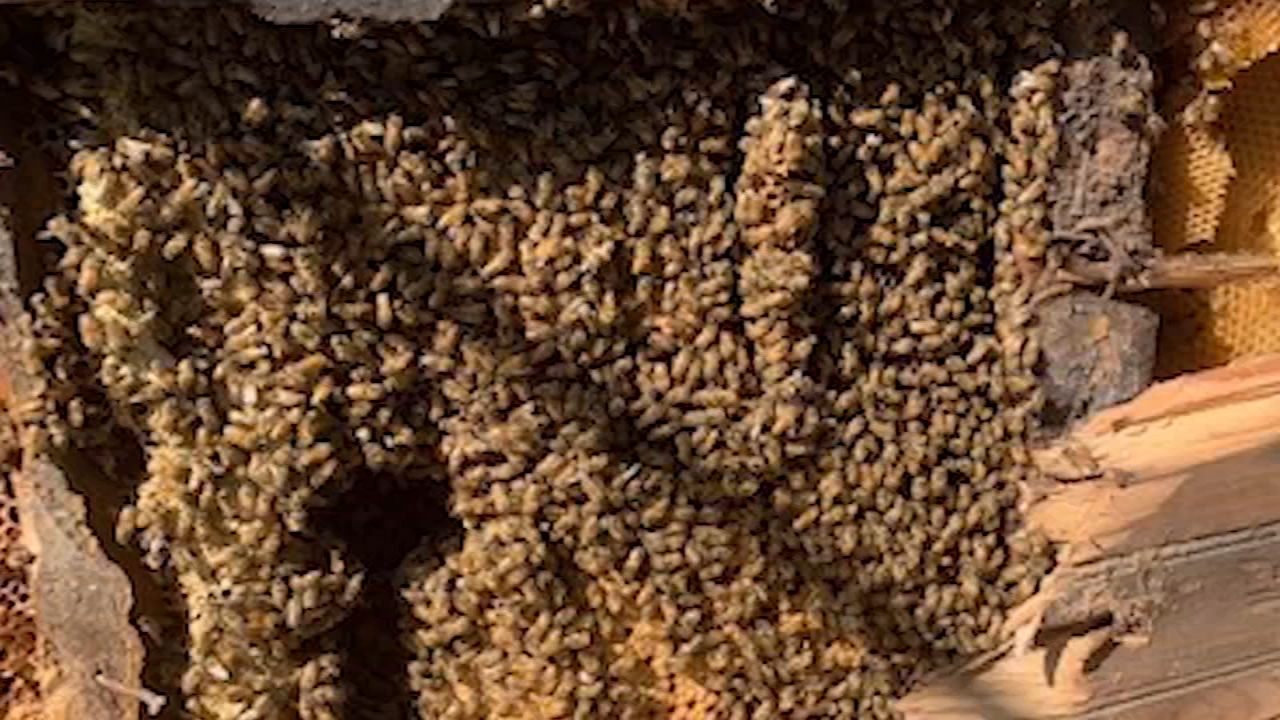 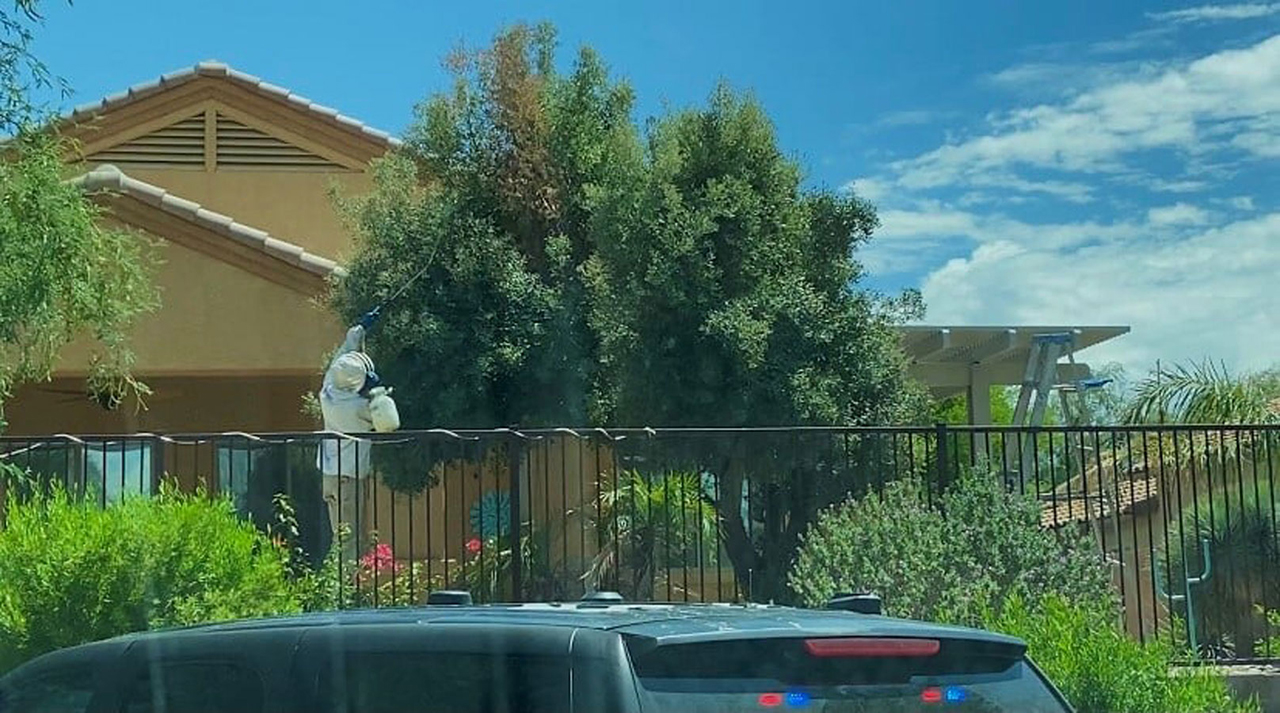 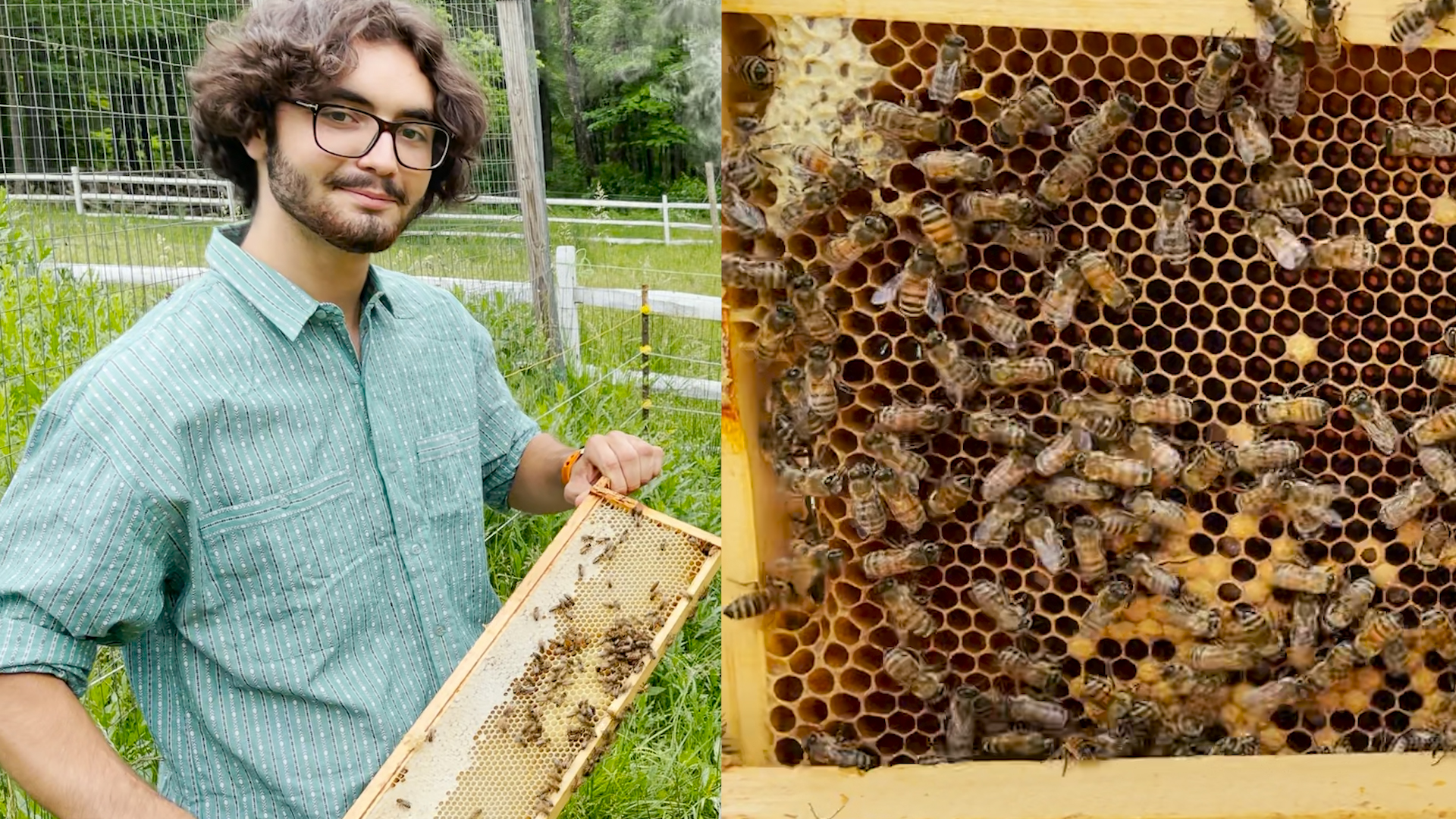