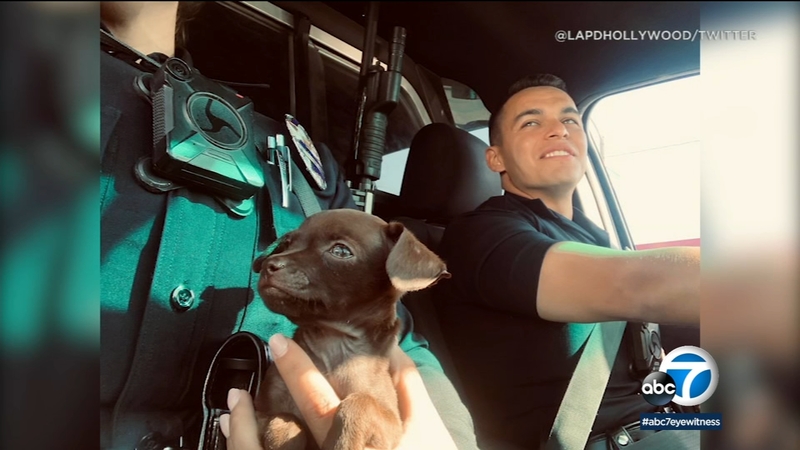 The department says Officers Mercado and Tavera found the little pup while on patrol near Hobart Boulevard. The pint-sized dog was renamed "Hobart", after the street where the officers found him near.

RELATED: Puppy adopted after being placed in cereal box, dropped off at SoCal animal shelter

The puppy really took to the officers, refusing to leave their side.

So they scooped him up and took him back to the Hollywood Division, where he was captured on camera trotting next to Officer Mercado.

Newest member of our K-9 unit 😉Officers Mercado & Tavera found a puppy while on patrol near Hobart Blvd, they took him back to the station and have officially renamed him, “Hobart” Welcome to LAPD Hobart! pic.twitter.com/rWqP8WsRnx