What you need to know about the Las Vegas shooting 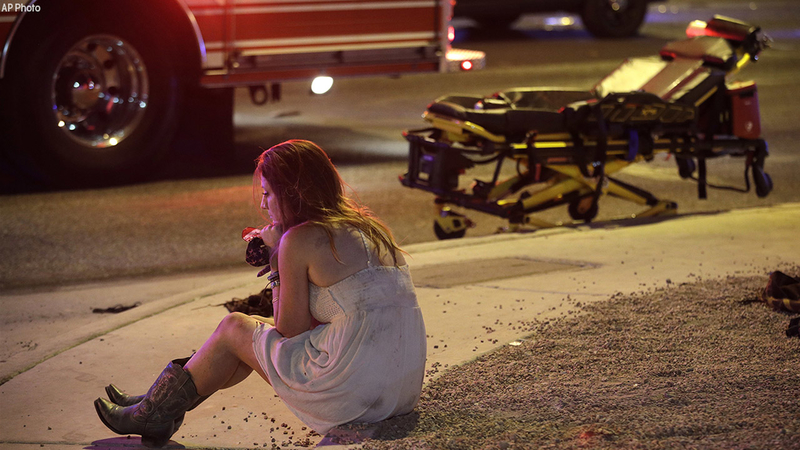 58 killed
At least 58 people are dead and 489 people injured, some critically, by the high-powered gunfire that indiscriminately targeted a crowd of country music fans Sunday night from the 32nd floor of the Mandalay Bay Resort and Casino. ABC News

90 shots in 10 seconds
According to a New York Times analysis of the videos, that's the shot frequency observed in Las Vegas, which can be compared to the 24 shots in 9 seconds observed in the Orlando attack on a gay night club, where 49 people were killed and 53 were wounded in 2016, and to the 98 shots in 7 seconds that a fully automatic rifle can provide. The New York Times

273
Based on the definition that a mass shooting involves four or more people shot, the shooting in Las Vegas is the 273rd of the year. Only 275 days have gone by in 2017 since October 2. Fortune

47 guns
That's the number of guns owned by the killer found either in the hotel room or at his homes. So far, 47 guns have been found by authorities. Some of the weapons are believed capable of penetrating police armor. The haul included a number of AR-15-style firearms. ABC News

64 years old
Suspected gunman Stephen Paddock was 64 years old when he went on his rampage Sunday before killing himself, according to authorities. That makes him among the oldest perpetrator of an attack like this since the mid-sixties. The Washington Post