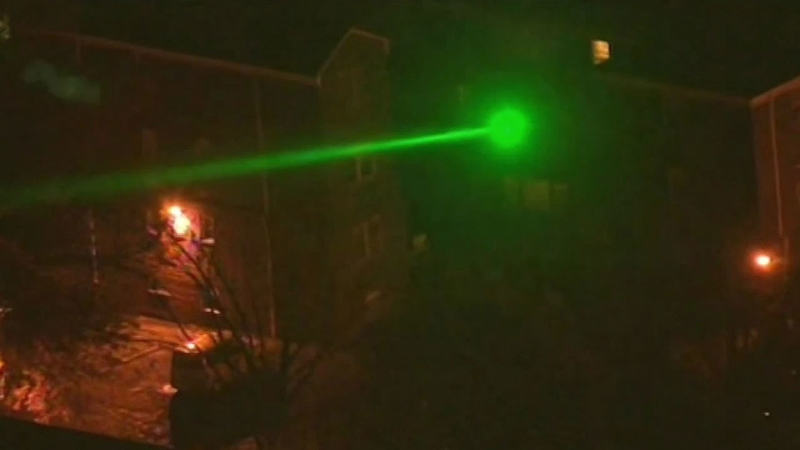 FAA: Lasers pointed at aircraft 20 times in one day

SAN FRANCISCO INTERNATIONAL AIRPORT (KGO) -- There has been a rash of incidents involving lasers and airplanes. The Federal Aviation Administration revealed on Thursday people have beamed those lasers at pilots 20 times in the last day alone. In the Bay Area, even our very own Sky 7 HD pilot has been a target.

Sky 7 HD photographer Mike Davich said, "The pilot, Chris Smith, was struck in the eyes by a laser."

The crew of Sky 7 HD had a close call Monday night over San Jose.

Davich explained, "I sit in the back seat, so there's no way for me to jump up and help him in any way."

It happened to two airplanes Monday as well, over Mountain View and Palo Alto, as they made their way to San Francisco International Airport.

Ian Gregor, from the FAA, said, "The devices are becoming really cheap. They're readily accessible, easy to buy, and even as the prices come down, the power has gone up."

However, what is also improving is the ability to catch the bad guys.

"Some of the resolution on law enforcement cameras is tremendous and they can identify the people, definitely get the location immediately," Zwingle said.