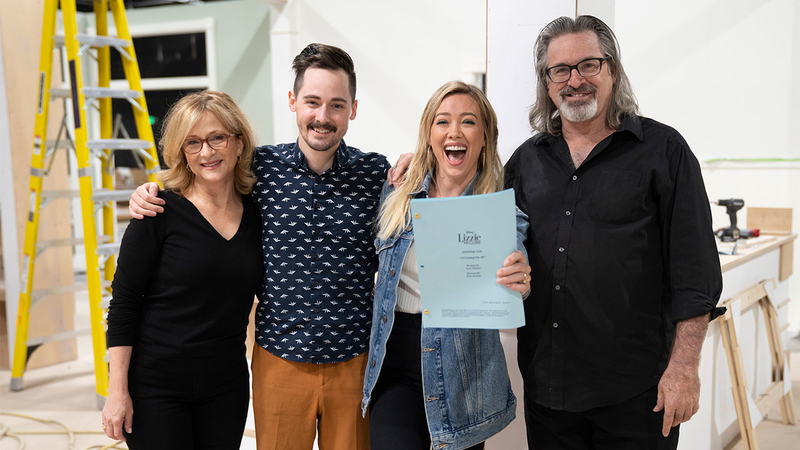 "Lizzie McGuire" fans, this is not a drill! Three members of Lizzie's family from the original series have signed on to reprise their roles in the upcoming Disney+ series.

Disney announced Thursday that Hallie Todd, Robert Carradine and Jake Thomas will reprise their roles as Jo, Sam and Matt McGuire in the "Lizzie McGuire" series coming to Disney's streaming service. It was previously announced that Hilary Duff had signed on to return as the title character.

"Just like there is no Lizzie McGuire without Hilary Duff, there is no McGuire family without Hallie, Robert and Jake," Gary Marsh, the president and chief creative officer of Disney Channels Worldwide, said in a news release. "The original series holds a special place in the hearts of so many, and we can't wait to introduce fans, both old and new, to an older, wiser, yet still perfectly imperfect Lizzie."

The four actors reunited for the first time in 15 years this week for a read-through of the series' first episode and posed for a photo shared on the official Disney+ Instagram account:

Disney+ launches in the United States on Nov. 12, 2019, but release information has not yet been announced for the new "Lizzie McGuire" series. The streamer will offer decades of films and series from Disney, Marvel, Pixar, Lucasfilm and National Geographic. It will be the exclusive streaming home for Disney films released in 2019 and beyond, like "Frozen 2," "Captain Marvel," "The Lion King," "Star Wars: The Rise of Skywalker" and others.

In addition to the "Lizzie McGuire" series, Disney is also developing a number of original projects for the streaming service, including Lucasfilm series "The Mandalorian," holiday fiim "Noelle," National Geographic's "The World According To Jeff Goldblum" and a re-imagined version of "Lady and the Tramp."