Localish
By Diane Wilson
Presidential greatness is sitting in a rural field in Virginia. The 42 presidential heads sit decaying in Croaker, Virginia near Colonial Williamsburg and they are attracting a big crowd.

The busts were once part of a functional tourist attraction called Presidents Park. It went bankrupt in 2010 and Howard Hankins, a man who was involved in the creation of the park was also hired to destroy the presidential heads by putting them in a stone crusher.

"He's a historian himself and didn't have the heart to do that and, fortunately, was of the means to spend a lot of money and come in and transport all forty two statues," said John Plashal, a photographer who has a passion for abandoned places throughout Virginia and is a friend of Hankins.

During the move, holes had to be cut in each president's head.

"The purpose of that was intentional and that was so he could take an excavator to expose the steel infrastructure to lift these things and put them on a flatbed," Plashal said. "The problem is Abe has a hole on top of his head and ironically on the back of his head and that was by accident. He was the only president of the 42 that took a spill on the flat bed."

The busts include George Washington all the way up to George W. Bush and have sat on Hankins' land for now seven years decaying.

Many people ask why where the busts of President Obama and Trump are located. 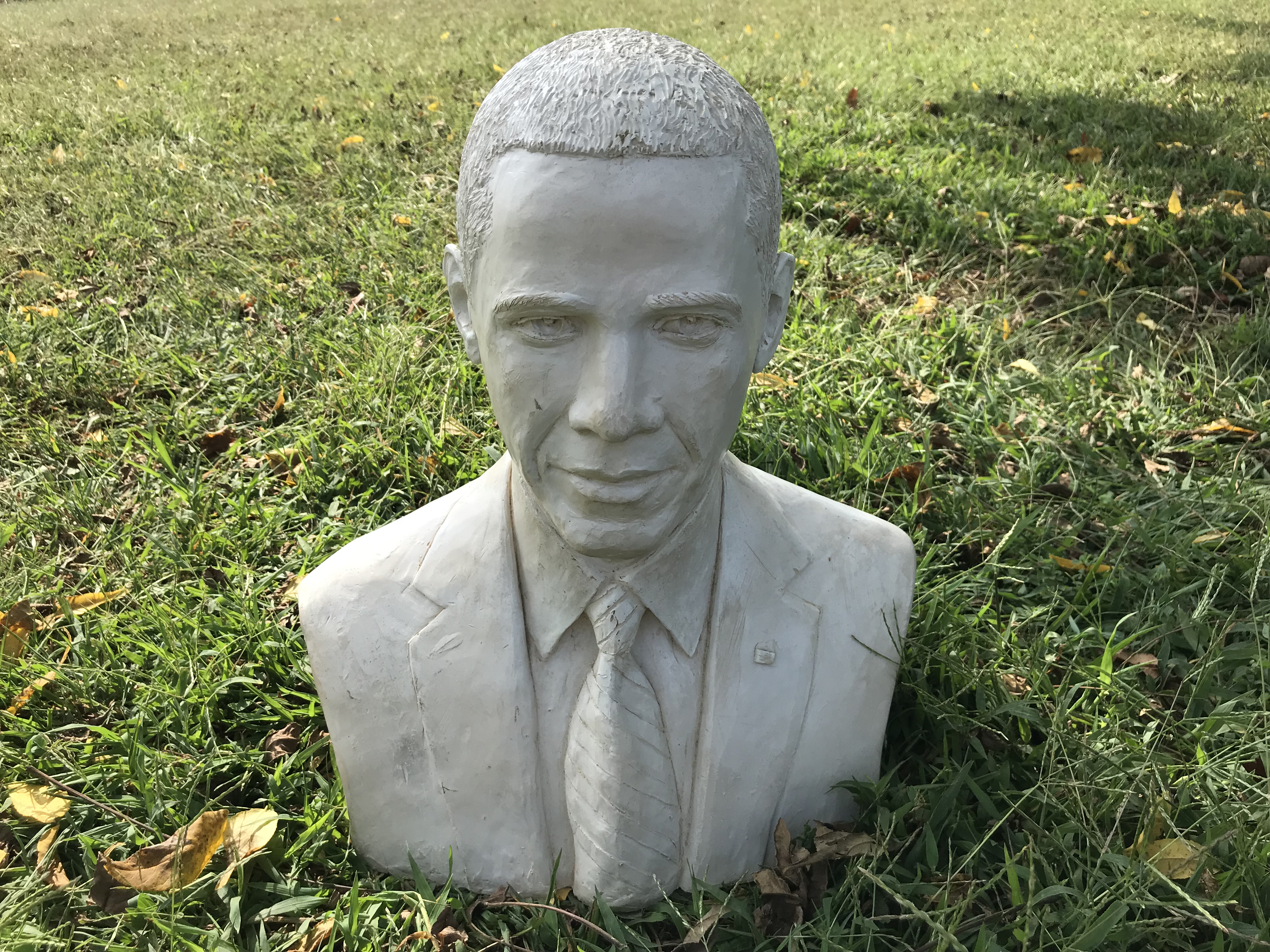 "The park went bankrupt while President Obama was in office, so there is not a full size bust of him, only a miniature sculpture," Plashal said. "Before they go full scale, they create a miniature and if like it, then go full scale. Obama had a miniature one and he was ready to go full scale but the park folded so he never went full scale here."

A miniature bust of Obama is on site, but Plashal says it does not come out often after a visitor on site stole the Obama sculpture.

After getting police involved, the Obama bust was returned to Hankins.

As the busts sit decaying on Hankins property, they have become a tourist attraction.

Since the bust can't been seen from the road and sit on Hankins' private property, which is a business during the weekday, Plashal now hosts private tours of the busts.

"He wants the public to see it but he needs to do it safely and profitably," Plashal said.

Plashal sells tickets for the tours on his Facebook page. He says proceeds from the tours will ultimately be used to bring the presidential busts back to their original grandeur and either create a park or move them to somewhere else.
Report a correction or typo
Related topics:
president barack obamapresident donald trumplocalishmy go to
More Videos
From CNN Newsource affiliates
TOP STORIES