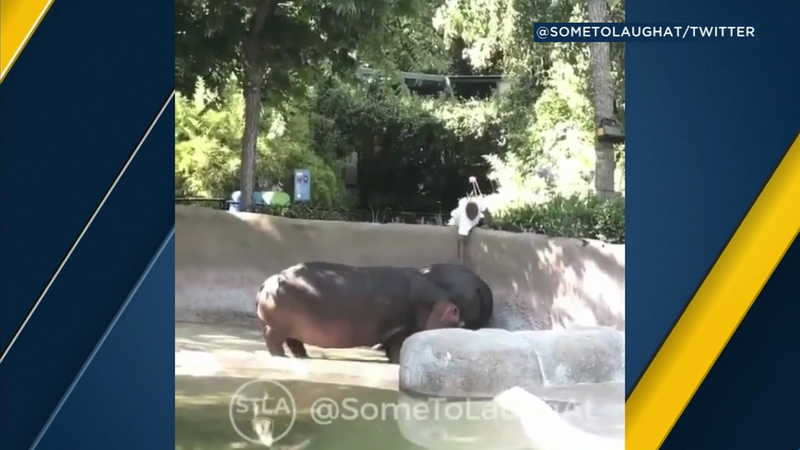 LOS ANGELES -- Los Angeles police are investigating a bizarre case of trespassing that involves a man slapping a hippo's butt at the LA Zoo.

A video surfacing on social media shows a man hopping over a barrier, reaching down and quickly slapping one of two hippos' behinds. He then quickly gets out and appears to give a thumbs up as he flees.

It's unclear when the incident happened, but officials said it was a big risk because hippos kill more people than lions in Africa.