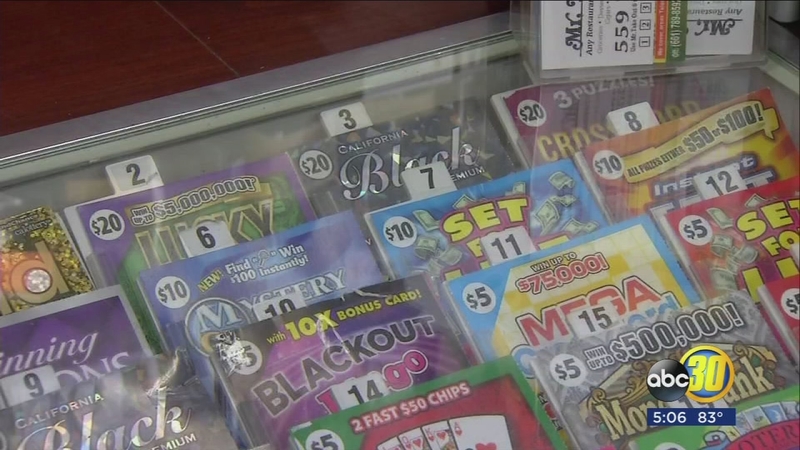 VIDEO: What to do if you win the lottery (It could happen)

At this liquor store, winning scratchers are sold on a regular basis. A $100 here, a $1,000 there, but what happened there Friday was on a different level.

"Every day is something, and Friday night was the big one," said EZ Market Liquor store manager Partap Singh.

He sold three lucky streak scratchers to one of his regular customers. A little while later, the man came back, saying he had won the top prize--five million.

"How can you say that? I don't trust you. He said here, here is the ticket. I saw the ticket and I said my God, I can't believe my eyes," said Singh.

Three days later, Danny Flores still can not believe it either.

He buys tickets at different stores around town and wins quite often. He says people call him the smooth joker.

"When I scratched it, I could not believe it. Nothing on the first one. On the second one, halfway through, a seven came up, come on baby seven, and it came out," said Flores.

Flores, who is married with two children, says he will be put some of his winnings towards traveling and helping others and even though he is the big winner, he plans to keep playing scratchers.