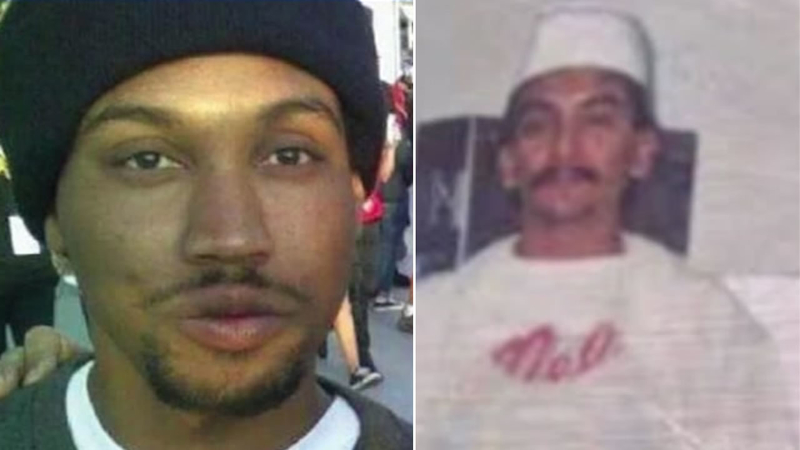 Gascon invited both families to meet with him individually -- a request both turned down for different reasons.

As he was sharing his decision with members of the media, the attorney for both families and supporters held a press conference on the steps of the Hall of Justice.

Luis Gongora Pat's family and supporters gathered on the steps of the Hall of Justice shortly after learning there would be no charges against the officers who shot and killed their loved one.

"He did not have the courage to do his job, his job is to press charges against murderers, he is a simple coward," said Camarena, while translating for Luis Poot Pat, who is Luis Gongora Pat's cousin.

"Be careful out there because now you know that if police harm you or kill you, you will have no justice," said Camarena, while translating for Carlos Poot Pat, another cousin of Luis Gongora Pat.

For the first time, the man who says he was stabbed by Mario Woods speaks exclusively to ABC7 News reporter Vic Lee about the encounter.

DA George Gascon also announced there would be no charges against the officers who shot and killed Mario Woods.

"This is just more of the same from what is supposed to be a Hall of Justice but what has turned into a Hall of Injustice," said Pointer.

Both families were given one day's notice and invited to meet with the DA before the announcement.

By phone, Mario Woods' mother said she chose to stay in Sacramento, anticipating there would be no criminal charges.

"I definitely feel the system has let Mario, myself and his family down," said Gwen Woods.

"The family of Luis Gongora Pat moved heaven and earth to be here," said Pointer.

Still, the Gongora Pat family ultimately decided not to take the meeting after they say the DA would not allow an observer from the Mexican Consulate and Camarena to be present.

"By denying this simple request, he again slaps the family in the face with disrespect," said Camarena.

"The Gongora family decided that they wanted to bring members other than the family to the meeting and I refused to do so because I wanted to have a very private conversation with them," said DA George Gascon.

While wiping tears from his eyes, Luis Gongora Pat's brother, Jose Manuel Gongora Pat, said he wouldn't stop until there was justice for his brother and that he hadn't stopped crying because he didn't expect for this to be the solution.

JUST IN: The San Francisco District Attorney @GeorgeGascon announces his office will not charge the police officers in the Mario Woods and Luis Góngora shootings. pic.twitter.com/bFaqQQ9pRB

Gascon: “Under the law no crime has been committed. Still, I am very disturbed, but must adhere to the law. “ The D. A. is referring to the shootings of Mario Woods and Luis Góngora. pic.twitter.com/s4pyE7wP6N

Attorney for Luis Gongora Pat and supporters call Hall of Justice a Hall of Injustice pic.twitter.com/ANwWJ9FQZo

Reaction outside the Hall of Justice pic.twitter.com/VHKCXLHpYe