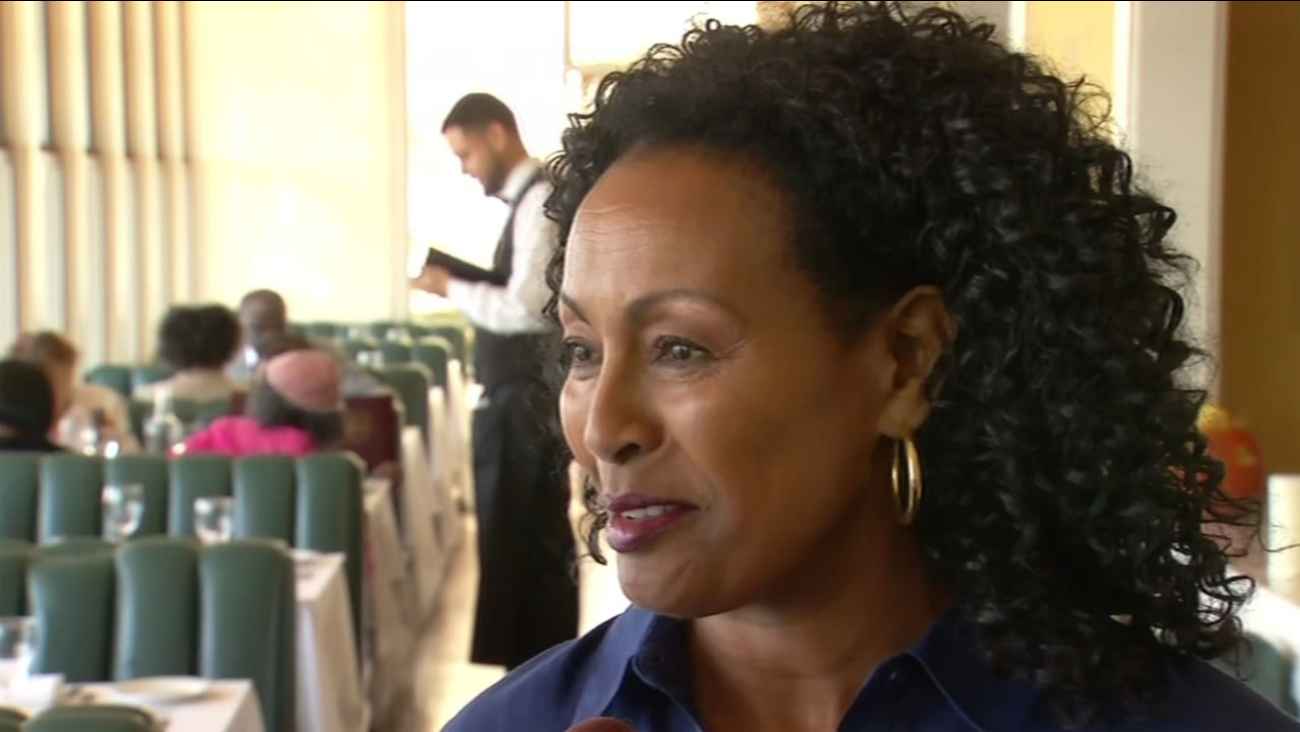 Membere Akilu is a philanthropist who feeds 1,500 homeless at her waterfront restaurant every Thanksgiving. (KGO-TV)

RICHMOND, Calif. -- One of Richmond's most beloved restaurants, Salute E Vita, run by an Ethiopian immigrant known for her charitable activities, is closing because of a landlord-tenant dispute.

The waterfront restaurant, which has been open 25 years, is slated to close July 6. On July 5 and 6, proprietor Menbere Aklilu is offering a free meal at Salute in exchange for donations to benefit the 40 employees left jobless by the closure.

"I will miss my loyal employees. I am successful because of them," Aklilu said in a telephone interview. "It's about all of us."

She added, "I am confident it will all work out for the best."

Since taking over the restaurant 15 years ago, Aklilu provided more than 30,000 meals to homeless people and others in need through annual Thanksgiving dinners and other events. Salute became a community hub, hosting the 2014 wedding reception of then-Police Chief Chris Magnus.

Richmond Mayor Tom Butt announced the closing in his email newsletter, heaping praise on Aklilu, who goes by the nickname Menbe.

"Menbe has not only become Richmond's best-known restaurateur but is also Richmond's best-known philanthropist, raising and donating hundreds of thousands (maybe millions) of dollars and services to homeless youth, and a shelter for girls in her native Ethiopia, to name a few beneficiaries," Butt wrote.

"The community saved me," she said. "The people came to rally for me."

More than 100 people, including Butt, showed up at a rally at the restaurant, and the Penterra Company under the leadership of Richard Poe rescinded the eviction notice.

However, Aklilu has been running on a month-to-month lease for 11 years, she said. In his widely circulated newsletter, the mayor said the rent Aklilu was charged was "twice, or more, the comparable local market rent," leading to her giving up on the restaurant after running it for 15 years.

In a phone interview, Poe said, "We tried to negotiate a lower-than-market rate rent with her (Aklilu)."

Aklilu, a native of Ethiopia, moved to the United States from Italy 23 years ago, a single mother and domestic violence survivor.

"I was homeless. I lost my mother when I was 11 years old," Aklilu said. "My brother raised me. I gave birth to my son in the women's shelter when I was in Rome. I came to America in 1995 with a young boy."

Living in the Oakland projects, she got a job at Salute at $7 an hour. Aklilu worked at Salute under the previous owners as a hostess, working her way up to supervisor and manager. She bought the restaurant in 2002.

"A lot of people didn't believe in me. 'Oh my God, Menbere Aklilu? A black woman and immigrant, and she wants to run this beautiful restaurant? She can't do it,'" Aklilu recalled.