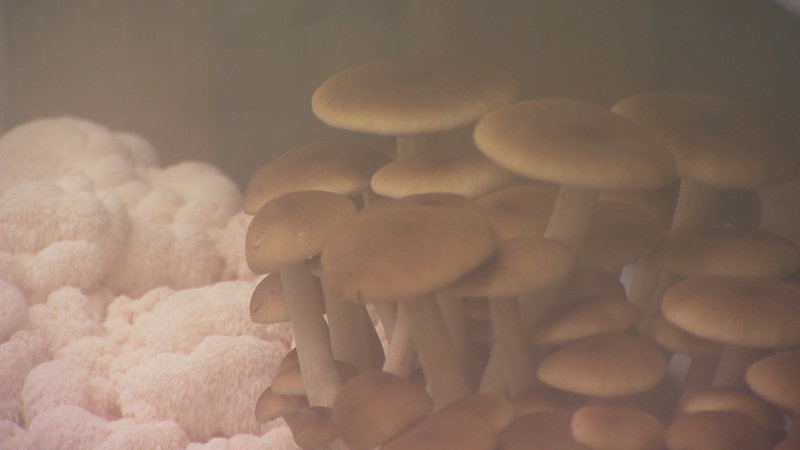 Fresno, California -- "Right here, we have a wall of mushrooms. This is how they grow. These are lion's manes, Italian oysters, blue oysters and the interesting part is that they all start at this size," Harris said.

"I think that I am probably the only minority farmer and person of color that grows mushrooms, that way, in the state of California," he added.

Harris grew up on a farm but called himself an urban farmer. All the work is done inside his rented space.

"The beautiful thing about this is I don't have to spend $10,000 an acre, a minimum of ten acres or whatever it may be. It's literally a 900 square foot building. Some obstacles, when I started looking and telling people I wanted to grow mushrooms, they had no idea," Harris said.

He said most people are only familiar with the three types of mushrooms they see at the grocery stores, but there are many more.

"What we grow are blue oysters, a variety of oysters, blue oysters, elm oysters, Pio Pinos, lions manes, chestnuts. I just got six new strains that I got, so I'm looking forward to growing those," Harris said.

He said interest in mushrooms is growing as people look to create their own food and meat prices soar. They sell kits for people to grow at home.

"Within a month, 45 days top, so it's a really fast process. They say if you stared at mushrooms long enough, you could see them grow," Harris said.

Harris started a mushroom delivery service in the Fresno and Clovis area. It starts at $14 a pound.

His mushrooms are also served at local restaurants, including Heirloom and Libelula.