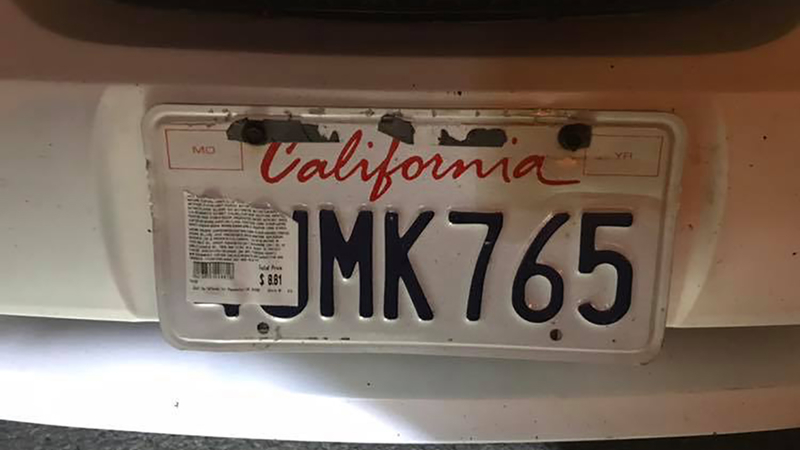 MARIN COUNTY, Calif. -- A man had his Ford Mustang impounded after a traffic stop by the California Highway Patrol on Tuesday evening after officers discovered he was covering both of his vehicle's license plates with a receipt from Safeway.

The suspect was pulled over before 8 p.m. on southbound U.S. Highway 101 just north of Sir Francis Drake Boulevard when an officer noticed the vehicle with a partially obstructed license plate, according to the CHP.

CHP officials said the suspect's receipt for a pound of teriyaki chicken wings was from earlier in the day Tuesday, and covered the first two digits of his license plates. The CHP said officers in the area sometimes encounter motorists with obstructed plates who are trying to avoid tolls.

The motorist, whose name was not released, was cited for driving on a suspended license and driving with an obstructed license plate.