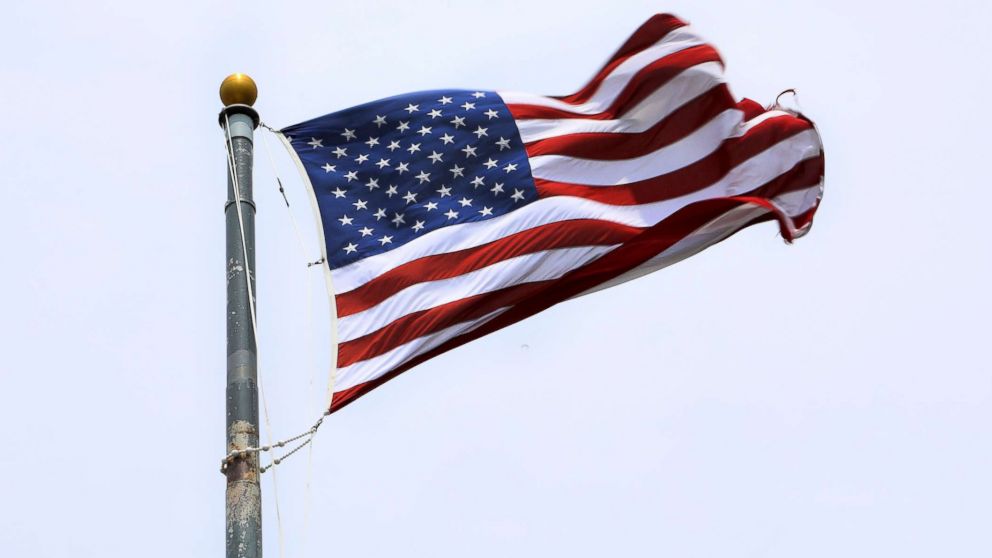 The mother of a 6-year-old Florida boy who took a knee during the Pledge of Allegiance on Monday morning criticized the way the school handled the incident.

Eugenia McDowell told ABC News that her son knelt down during the daily pledge to the flag at Wiregrass Elementary School in Wesley Chapel, Florida. The incident occurred after a weekend of demonstrations across the NFL in which many players, owners, and teams engaged in peaceful protests by sitting, kneeling or locking arms during the national anthem.

McDowell said she did not know her son was going to kneel and was informed of the incident in a text message from the boy's teacher Monday evening.

The message, seen by ABC News, read: "I knew where he had seen it [going down on one knee], but I did tell him that in the classroom, we are learning what it means to be a good citizen, we're learning about respecting the United States of America and our country symbols and showing loyalty and patriotism and that we stand for the Pledge of Allegiance."

McDowell said her son was publicly admonished for his gesture of silent protest, a move she said stifles his voice and freedom of speech. But according to Pasco County School District Spokesperson Linda Cobbe, the boy's teacher does not believe any other students saw her admonishment. Cobbe said the teacher mouthed the words, "We stand for the pledge" in response to the boy's decision to take a knee.

Cobbe said the school's policy is that students must have a written letter from a parent advising the school that the student does not plan to say the Pledge of Allegiance. Florida state law does allow a student to be excused from "reciting the pledge, including standing and placing the right hand over his or her heart" if a written request from a parent is made.

"Our policy -- and state law, for that matter -- requires that a parent submit a request in writing that their student be exempted from participating in the pledge," Cobbe told ABC News.

McDowell had not submitted such a letter to the school, Cobbe added, but if she had, the incident would have been treated differently. McDowell said she was not aware of that policy, had not sent a letter in and does not plan on doing so.

"If he had that exemption, nothing would have been said. Students could stand, students could kneel, they don't have to put their hand on their heart. They just have to be respectful of the students who are participating," Cobbe said.

McDowell said she reached out to the school after the incident in an email seen by ABC News to set up a meeting with her son's teacher and the principal about the issue.

"In my email, I wrote we may have to consider changing his classroom. I wasn't ready to make that decision until a discussion with them [the school principal and teacher] took place," McDowell said. "I wanted an apology to my son in the same manner that she called him out for kneeling. I also wanted to know if she would be remorseful. If she demonstrated that, then I would have been okay with him remaining in her class."

But she said she learned Wednesday that her son had already been assigned to a new teacher, which was confirmed by the school district's spokesperson.

"What he did was have a difference of opinion. He was not being disrespectful. He was silently protesting and exercising his constitutional right," McDowell said. "My concern is she infringe upon his constitutional right to express himself, to protest peacefully, and she also made him feel like his decision to come up with his own opinion about things was the wrong thing to do."

McDowell said she and the school principal plan to meet on Wednesday. She said she hopes this is the start of a greater conversation about allowing and respecting children's rights to express themselves in a peaceful way.

"We are no longer going be silenced, our voices will be heard and our little black boys that sit in classrooms today, not just my son but every other child that looks like him, they are not going to be silenced," McDowell said.
Report a correction or typo
Related topics:
abc newsnational
Copyright © 2021 ABC News Internet Ventures.
More Videos
From CNN Newsource affiliates
TOP STORIES
Why SF isn't in orange tier despite strong COVID-19 numbers