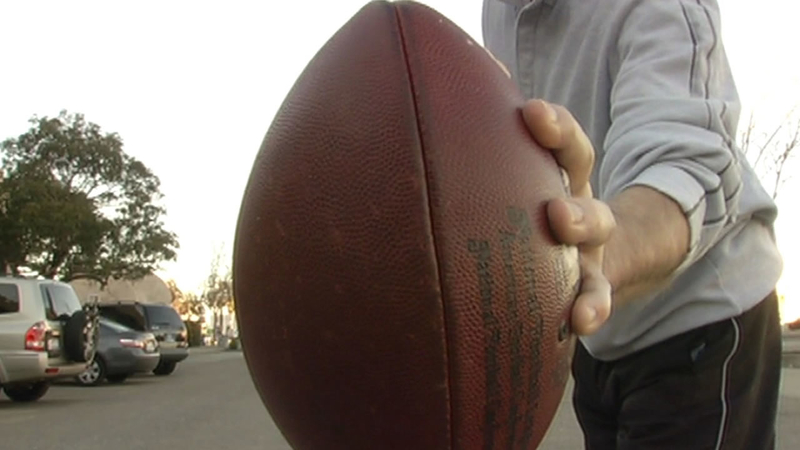 Is there really an advantage in having a deflated football?
Shumann says: The argument can go both ways. Game day footballs are brand new, hard as rocks and slick. A football with a normal amount of pressure is tough to grip, especially if you have smaller hands.

READ MORE: How easy is it to deflate a football?
'Deflate-Gate' scandal brews before Super Bowl
In the latest NFL scandal called "Deflate-Gate" many are wondering if New England Patriots quarterback Tom Brady gained an advantage on Sunday.

Is this a new trend in the NFL or has this sort of thing always been going on?
Shumann says: I have to imagine this has been going on since Day 1 of the NFL. Equipment managers I've talked with said you can deflate a ball in two seconds and after officials check them, it has never been an issue. Most wide receivers wear gloves now due to the fact the balls are so rigid, add velocity like on a Colin Kaepernick throw, and it is tough to catch.

So is it cheating?
Shumann says: The issue here is integrity. Belichick claims he had no idea and if so, then does it comes down to Brady asking to deflate the footballs? A former Oakland Raider once said if you aren't cheating you aren't trying hard enough. Regardless, there is a gage from 11.5 to 13.5 pounds per square inch you have to adhere to.

Could the NFL reverse the outcome of Sunday's game?
Shumann says: No, but if coach Belichick did in fact know, with his background of cheating, this could warrant a suspension next year because a fine does nothing to these franchises. A loss of a draft choice could also be a deterrent, but for now, it's something to talk about in the dead week of the Super Bowl. With the patriots beating the Colts 45-7, I don't think it made a difference in this particular game.