By the numbers: Transgender individuals serving in the US military 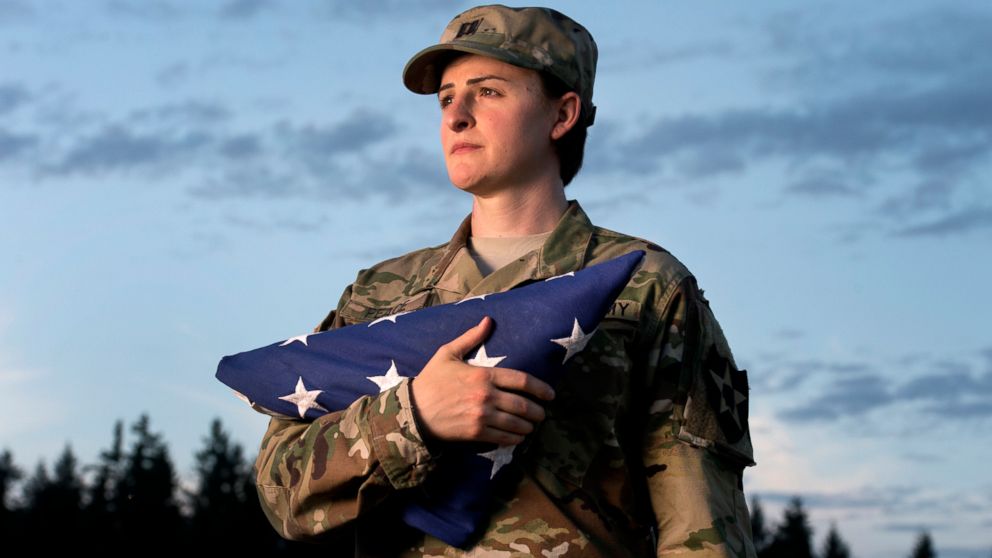 Numbers from a 2016 Rand Corporation study show that the ban on transgender people in the military announced by Donald Trump may affect only a small percentage of the 1.3 million active duty service members currently enlisted.

White House press secretary Sarah Sanders was unable to say during a press briefing Wednesday how the new policy would be implemented.

Here are the numbers on transgender individuals in the U.S. military:

How many transgender individuals serve in the military?

Advocacy organizations have wide-ranging estimates on how many transgender people may be serving in the military.

The 2016 Rand study, titled "Assessing the Implications of Allowing Transgender Personnel to Serve Openly," estimates that between 1,320 and 6,630 of 1.3 million active duty service members may be transgender.

A mid-range estimate states that 2,450 active duty service members and 1,510 members in the U.S. reserves may be transgender, according to the study.

The Department of Defense does not provide official numbers on transgender service members, but four of the military services have some numbers that indicate how very few active duty members of the military have officially self-identified as transgender.

One defense official said the number of service members that have identified as transgender is in the low hundreds. The Associated Press previously reported that 80 Army soldiers, including those in the National Guard and Reserves, 160 Navy sailors and a handful of Marines identified as transgender, while the Air Force did not provide numbers. Another defense official confirmed that those previously reported numbers were accurate.

How many service members would seek gender transition-related treatment?

Only a "subset" of service members would seek a gender transition-related treatment, according to the Rand study.

Estimates derived from data from surveys and private health insurance claims indicate that between 29 and 129 active service members could seek transition-related care that could "disrupt their ability to deploy," the study states.

What are the estimated costs to health care?

The cost of extending gender transition-related health care coverage to transgender service members would increase active-component health care costs by between $2.4 million and $8.4 million annually, according to the study.

This represents a .04 to .13 percent increase in active-component health care expenditures, according to Rand.

There would be "little to no impact on unit cohesion, operational effectiveness, or readiness," according to the study.

"Policy changes to open more roles to women and to allow gay and lesbian personnel to serve openly in the U.S. military have similarly had no significant effect on unit cohesion, operational effectiveness, or readiness," the study states.

Commanders of foreign militaries that allow transgender personnel noted that integration policies "had benefits for all service members by creating a more inclusive and diverse force," according to the study.

Why did Defense Secretary James Mattis decide to delay review of transgender applicants to US military?

On June, 30, Defense Secretary James Mattis decided to delay the Obama-era review of allowing transgender individuals to join the military.

A statement from Assistant to the Secretary of Defense for Public Affairs Dana White indicates that Mattis made that decision based on recommendations from the services.

"Secretary Mattis today approved a recommendation by the services to defer accessing transgender applicants into the military until Jan. 1, 2018," White said. "The services will review their accession plans and provide input on the impact to the readiness and lethality of our forces."