KGO
By Reggie Aqui
REDLANDS, Calif. (KGO) -- FBI investigators believe a married couple who killed 14 people in San Bernardino were not part of a larger terror organization. But they do believe Syed Farook and Tashfeen Malik had become radicalized.

The FBI has now taken over the investigation, calling the shooting rampage an act of terrorism.

A Facebook executive told the Associated Press Friday: Malik used an alias account to post her allegiance to the Islamic State, just moments after the attack began. The account has been removed from public viewing.

"We do continue to exploit the data from those cellphones. We do hope that the digital fingerprints that were left by these two individuals will take us toward their motivation," said FBI assistant director David Bowdich.

The landlord of the couple's home opened it up to the media and some neighbors Friday. Anyone looking for a reason why the suspected shooters may have killed didn't get an answer while walking inside the Redlands home the couple rented since May.

"I opened it up because I needed to take pictures of the damage myself for insurance purposes," said the couple's landlord.

What the landlord found was signs of a police raid, but otherwise, kids items and evidence of the life of a family that looked as if they intended to come back.

"It seemed like they were regular human beings and that's why it's amazing," a neighbor said.

Inside the home was a copy of the Koran, some receipts from Home Depot with the name of the shooter in this case. What was not in the home was the massive amount of ammunition and a dozen bombs that was collected earlier by the FBI.

Farook and Malik weren't being tracked by the FBI. Authorities say the couple met on an online dating site. Farook, an American, brought Malik of Pakistan and Saudi Arabia, to the United States on a spousal visa. So far, there's no proof that anyone was directing them from abroad.

It's unclear who called the shots in the couple's home.

"I don't know the answer whether she influenced him or not as a husband myself we all influenced but I don't know," Bowditch said.

The couple's six-month baby is currently in protective custody. A family attorney says the baby may be going home with family member as early as next week. 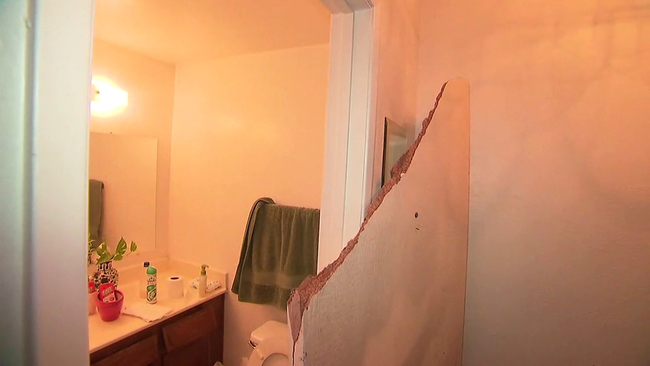 FBI not disclosing how it unlocked San Bernardino shooter's iPhone
More Videos
From CNN Newsource affiliates
TOP STORIES
Man pays $1000 to get dog back after smash and grab in SF
Missing couple found: Meet the Marin County volunteers who helped saved their lives